People may be able to recognise Slovakia’s neighbouring countries through associations with food, drinks, beautiful cities or well-known political events. But Slovakia remains very much "hidden". 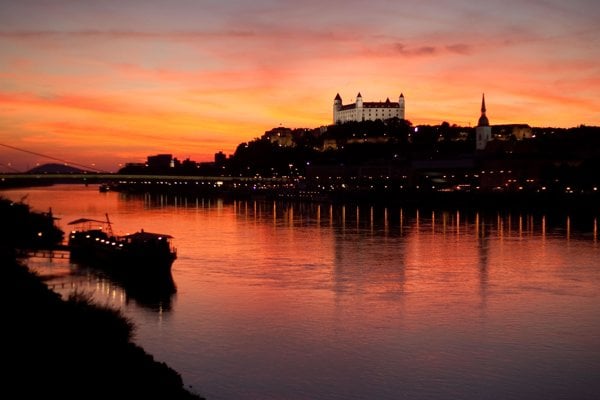 Slovakia is by some (including myself) affectionately described as the “Hidden Gem in the Heart of Europe”. But how hidden should this gem really remain from the rest of the world? Ever since I moved to Slovakia and discovered how beautiful a country it is, I have struggled with the realisation that back home no one really seems to know anything about Slovakia.

Let’s face the truth. Despite Slovakia’s incredible amount of untapped potential for the travel-minded world, people (especially in the West) indeed simply don’t know about Slovakia. Many can barely point out where Slovakia is located on the map of Europe, let alone name its capital. They think Slovenian is the official language, travel distances are measured in terms of how far the place is located from Prague and Czechoslovakia is apparently still very much alive.

People may be able to recognise Slovakia’s neighbouring countries through associations with food, drinks, beautiful cities or well-known political events. However, the country that lays smack in the middle of all these nations remains elusive and a virtual mystery. Indeed, very “hidden”.

The circumstances that made this so, are very complex. Too complex to be discussed in full here. Suffice to say, I believe it is a coming together of multiple factors.

Among others, there is Slovakia’s past of oppression and the country remaining relatively closed off from the rest of the world even after its independence in 1993; there is the educational system in Western Europe which, in my experience, has been too much focused on the “West” and too little on the other side of Europe; and there is Slovakia’s own contribution to its mysterious nature, with a government that lacks the interest (or means?) to promote Slovakia outside its borders and to change the corrupted image of Slovakia as something backward, Eastern, underdeveloped and unworthy of visiting to an altogether more realistic image of accessibility, beauty, tourism-worthy and, perhaps more importantly, progressively non-Eastern Block.

It is understandable, though, that the circumstances of a newly acquired independence, 25 years ago, may have forced Slovakia to look inward much more than outward. First focus on building up your country, before inviting others to come and look at it. Yet, despite being a young country, Slovakia is one of the fastest growing economies in Europe.

Command of the English language is spreading fast throughout the country. Local governments and institutions are being more and more conscious about the historical, cultural and natural value of their region, initiating cultural events, reconstructing historical buildings and applying for EU funds to reinstate their heritage to its former glory. Nothing seems to speak of Slovakia as backward and underdeveloped.

Throughout the past years, I have guided friends and family more than once throughout the entire country, visiting all the hot spots and more. It is worth sharing that some of these visitors were very reluctant about coming here - not because of me or my wife, but because of not knowing what to expect from Slovakia, apart from what the stereotypes are giving in. However, every single one of these visitors in the end went back home with a whole new image and opinion of Slovakia as a country. Many of them have come back again, and again, and sometimes even again.

So, without trying to sound too much like a travel advertisement, why not let the rest of the world enjoy the progress Slovakia is making? I am aiming at tourists, travellers, adventurers, history-buffs, hikers, skiers and nature-lovers. Invite them to hike the High Tatras come summer or winter, walk the stoney halls of ancient castle ruins, decent down the tunnels of one of the many caves, taste the many unique wines, visit the self-proclaimed centre point of Europe, walk the coronation route through Bratislava, or travel the so-called “Gothic road” between South and North Slovakia and end your journey at the gorgeous cathedral of Košice in the east. This is just to name but a few of the great things one can see or do in Slovakia.

The list goes on and on. But without proper education of the outside world about what they can expect to find in a country like Slovakia, many will continue to equate Slovakia with everything they think they know about former Eastern Europe. Show the outside world Slovakia’s uniqueness, beauty, nature, history and cultural heritage. Give the visitors a great lasting memory to bring home and share with friends and family. Allow Slovakia to finally step out of its shadows and start to shine.