One of the events which presents diplomatic communities residing in Slovakia to the wider public is the traditional Christmas Bazaar, which focuses on gastronomy and charity. 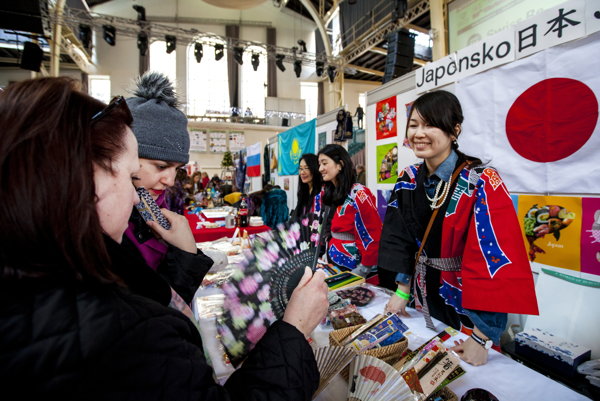 The Christmas Bazaar is part of the beginning of the holiday season; this year’s event takes place on November 26. The International Women's Club organises the charity event in the Old Market hall in the SNP Square. In it, the embassies of individual countries present their typical meals and products and all the funds raised go to various charitable organisations and projects around Slovakia.

Last year, more than 4,000 guests filled the market hall, and raised €80,389. Since 1990, the International Women's Club has collected and distributed more than €1.1 million for charities. This time, 31 countries, four NGOs, four international schools and three charity clubs will participate.

The tombola will have two categories of tickets this year and organisers promise that each ticket will win something. Prizes include a hotel stay, luxury car rental, wine, and more. There will also be an auction of the most expensive and precious prizes (TV sets, computers, phones, skis, etc.), organisers said.

All the money raised at the Christmas Bazaar – starting at 10:00 and expected to last until 16:00 – will go to NGOs, civic associations, medical and community centres, social homes, schools, charities, etc.