But there are still several questions that need to be answered in order for the planned projects to be successful. 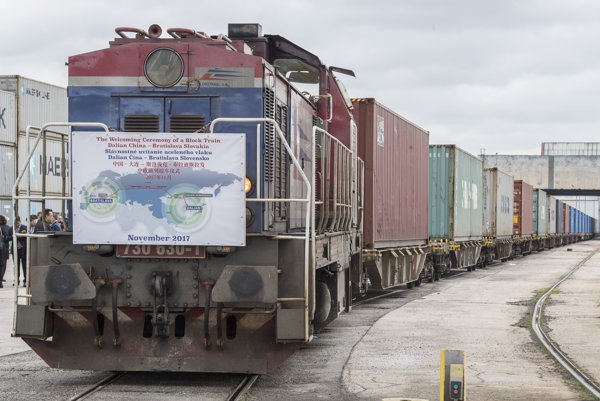 The train from Dalian port is one of the regular connections expected to be dispatched from China to Slovakia. (Source: TASR)
Font size:A-|A+

A Chinese train with 41 containers dispatched from Dalian port in China to Bratislava’s cargo port in late October arrived in the capital on November 13, carrying goods for customers in central Europe. The railway transport from China to Slovakia was restored after more than one year. 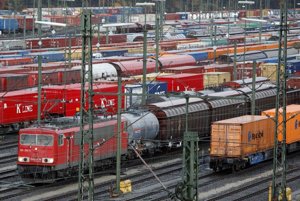 This is only one of the new regular connections from China, which should either lead through or end in Slovakia. By the end of 2018, the number of trains on the route may be as high as 500. The Transport Ministry sees potential in the development of such projects, but analysts point to several factors that may decide whether they will be successful.

“There certainly is potential, but it will depend on how Slovakia will be able to use it,” Richard Turcsányi and Kristína Kironská from the Institute of Asian Studies told The Slovak Spectator. 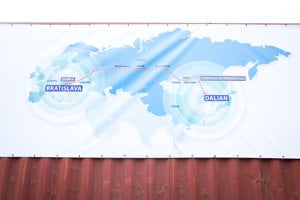 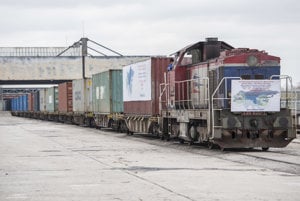 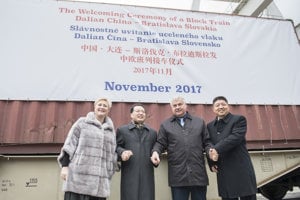 The train from Dalian is the very first whose route leads through nearly the entire territory of Slovakia. Apart from containers for Slovak customers, it also transported containers for other countries, like Hungary and Germany.

“The fact that the goods travelling across Asia will be transported via the territory of Slovakia so that they progress further into Europe is a huge success and an excellent commercial opportunity,” Érsek said on November 13. “The transport capacities of Slovakia are far from being fully- utilised today. I firmly believe that we are only at the beginning of successful cooperation.” 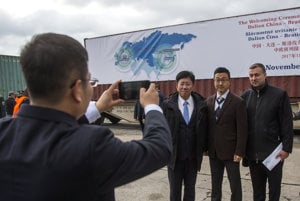 It is not the only train travelling through Slovakia though. A total of 41 containers were transported from a broad-gauge railway to a European-gauge railway at the Dobrá (Košice Region) terminal near the Slovak-Ukrainian border in mid-June. They were dispatched from Changsha in China and ended in Budapest. The route in Slovakia was much shorter though, as it went for only 40 kilometres before crossing the Hungarian borders.

The Transport Ministry expects that as of 2018 the train from Dalian will be dispatched from the Chinese port once a week, while in the second half of the year the frequency will increase to twice a week. The railway transport is expected to be 16 days shorter than via ship.

“Other cities and provinces from China have also shown interest,” ministry’s spokesperson Karolína Ducká told The Slovak Spectator, “and we have information about another three regular trains that would travel from China to or via Slovakia on a weekly basis.”