The era of pay phones in Bratislava is over

Contrary to other cities like Vienna or Prague, there are actually no public phones in the Slovak capital 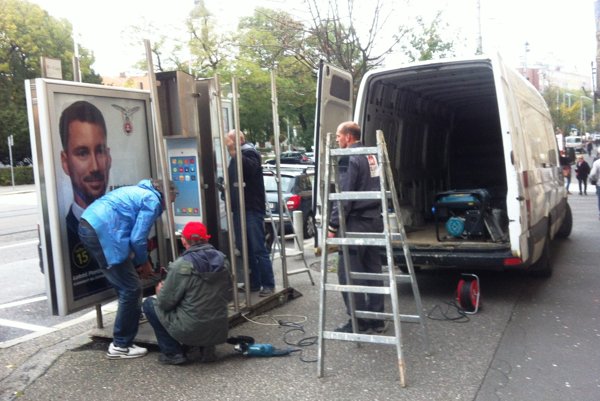 Prior to the arrival of mobile phones there were phone booths on almost every corner of Bratislava. But after mobile technology was established and ordinary people were able to afford mobile phones, public phones started to disappear from the streets. First, the telecom operator took down the devices, leaving the booths for new purposes. But this plan has failed and the booths actually transformed into illegal advertising areas, further worsening the visual pollution in Bratislava.

Bratislava’s Old Town borough did not like this development and opted for a radical solution. In late October it began removing the booths from its streets. So far it has removed six booths while removing the remaining 43 in the following months.

“Based on the evaluation of the construction office, these booths are illegal advertisement constructions,” said Radoslav Števčík, mayor of the Old Town. “We have valid permission to remove all former 49 booths.”

It took the Old City council almost three years to gain permission to remove the booths owned by Zion Media Corporation with its registered office on the Caribbean island of Dominica. The borough opened the proceedings in 2013 and its construction office issued the permission for the removal of the booths in mid December 2016. The situation was complicated by the fact that the Old Town had to deliver the documents to the owner while the national post office company Slovenská Pošta does not deliver mail to this island, specified Števčík.

“In spite of a time-consuming process of delivering documents to the island of Dominica, we managed to complete the entire process,” said Števčík, adding that neither did the owner respond to the verdict about removing the booths or removing the first six.