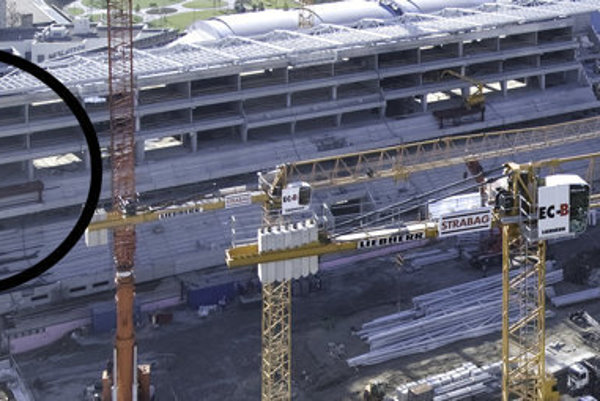 The grandstand, part which has no view of the pitch (Source: TASR/Sme.sk)
Font size:A-|A+1

Recently, football fans have been presented with photos and videos showing the progress of the construction of the National Football Stadium in Bratislava, the Sme daily wrote on November 28.

The TASR newswire even provided aerial views of the construction in which the silhouette of the grandstands and the form of the stadium can be seen.

The ŠK Slovan Bratislava football club has also published a video showing the current state of the structure being built in the Pasienky area of the capital on YouTube. 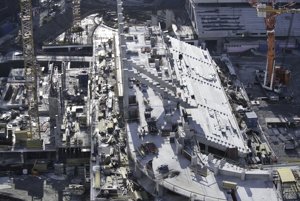 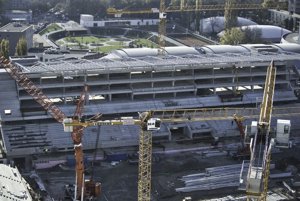 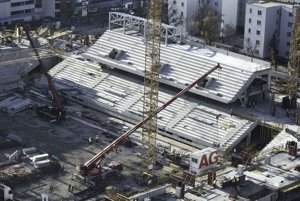 “You can almost watch the stadium at Tehelné Pole growing,” Slovan writes under the video on YouTube. “All four grandstands, including the arches which connect them, are in the advanced stage of construction. Currently, the assembley of the roof frame on the future main grandstand is being finished.” The football club adds that even with an ordinary view from Bajkalská Strete, you can see that the stadium is growing taller and bigger. The actual state of the work can be seen in a video shot from a drone. Aerial views better illustrate the current state of affairs, Sme quotes the club.

The National Football Stadium will have a capacity of more than 22,000 and it should be opened next autumn.

When watching the video however, many fans have noticed that there is a part of the grandstand from which the pitch is not visible. This is the sector next to the VIP lounges. The private TV station, Markíza, was the first to break this information in its report.

Ultimately, no fans will be made to look at a wall, however. These seats will not be occupied. “There will be seats in this area but only to create a certain visual effect,” Markíza informed. “They have not been calculated into the overall capacity of the stadium, 22,500 seats, and nobody will be seated there.”