Snina has new wooden cathedral – with almost no nails

The new cathedral is dedicated to the Great Moravian Prince Rastislav. 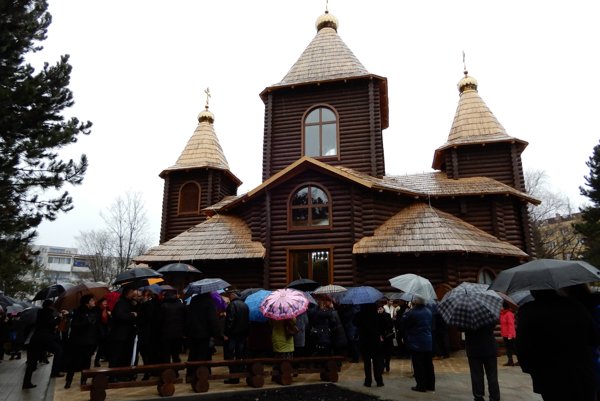 Orthodox believers in Snina have a new wooden cathedral. Archbishop Rastislav of Prešov and Metropolitan of the Czech Lands and Slovakia with many believers and clerics consecrated the cathedral after a year of construction work.

The new cathedral is dedicated to the Great Moravian Prince Rastislav.

“The whole building is wooden. We used traditional materials, as well as traditional technology for construction,” said Igor Kerekanič, a cleric administrator of the Orthodox Church in Snina, as cited by the TASR newswire.

“I believe that the church will serve generations of Orthodox believers in the same way that similar 300 or 400 year old wooden churches do in the surrounding villages,” Kerekanič continued for TASR.

The whole cost for construction of the church was about €100,000, he stated. It was built almost without using nails.

“Besides the roof and tower, the construction of the church body didn’t use any nails nails,” he said for TASR, adding that everything fits together.

“The tower is really tall so we secured it with nails. The roof is wooden, so it is also fixed with nails. But the walls were built with original old technology,” Kerekanič explained for TASR. The church was built in the Ukraine.

“It was pieced together there, however, not completely. Then, it was dismantled and driven on four trucks at the beginning of October last year. We have been building it since then,” said Kerekanič for TASR.

Metropolitan Rastislav wishes the cathedral to be a place that the Lordfills with the enlightenment of the Holy Ghost.

The mayor of Snina Štefan Milovčik believes that the new cathedral will never be empty. This beautiful masterpiece arose in a short time and will be the new dominant feature of Snina, he said.

About 2,600 Orthodox believers live in Snina; altogether there are about 50,000 in Slovakia. 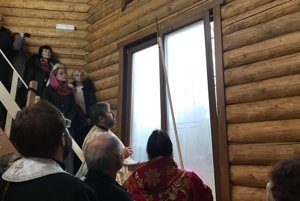 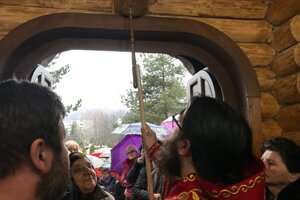 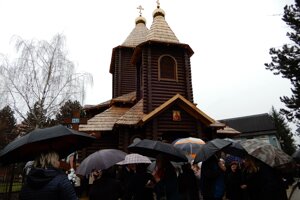 Thank you for singing up. Shortly an email will be sent to the address you provided to verify your e-mail.
Error! Please try to register again later, your e-mail was not registered.
Your email is not in a correct format.
Please confirm you are not a robot.
Share on Facebook (88)