Why Fico is threatening the fall of the cabinet

Prime Minister Robert Fico of Smer could respond to the vote on freezing salaries with a no-confidence vote in his cabinet. 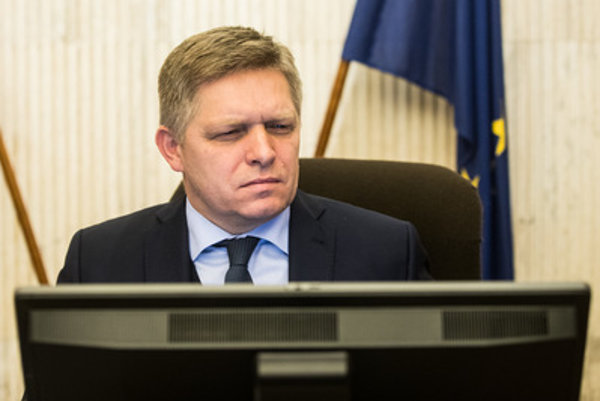 Every year, MPs vote on freezing the salaries of constitutional officials but this time, Prime Minister Robert Fico was not even supported by his own deputies. Now, he is threatening the fall of the cabinet.

During the November 28 parliamentary session, the government proposal to freeze salaries in a fast-track legislative proceeding was not even supported by all the MPs of the ruling Smer party, or by the other coalition parties. Thus, the salaries of deputies, cabinet members and the president should be increased beginning in January.

Fico is not in favour of this and he sent a message to MPs: if they do not freeze salaries, he will proceed with a no-confidence vote in the cabinet.

What does the dispute mean?

How much does an MP earn?

MPs are entitled to a salary amounting to three-times the average monthly nominal wage in agriculture for the previous year. Due to salary freezing, however, this has not increased since the 2011 amount of €1,961. The lump-sum compensation for MPs with permanent residence in the Bratislava Region is €1,385 while those with permanent residence outside the Bratislava Region receive €1,615.

MPs who have special functions in parliament are given extra allowances. The parliamentary speaker is paid €497.91 extra and the deputies are paid €331 while chairs of parliamentary committees are entitled to €165 and their deputies to €82.

Why were MP salaries frozen?

There has not been a rise in salaries since 2011 because of the financial crisis. MPs also approved the freezing of constitutional officials' salaries for the president and cabinet members.

The remuneration was also frozen for the chair and vice-chairs of the Supreme Audit Office, the general prosecutor, the ombudsman, heads of central bodies of the state administration, and state employees working in public office.

Judges were excluded after those that submitted the draft amendment referred to a ruling of the Constitutional Court that refused to cut judges' salaries in the past. Since then, MPs have had to vote on whether to freeze their salaries each year.

Why do some MPs want to un-freeze salaries?

In the summer, some MPs proposed unfreezing their salaries, arguing that the financial crisis was over. However, Prime Minister Robert Fico announced after the regional elections, in which his ruling Smer party lost a considerable number of positions, that salaries will be frozen again. According to his proposal, the salaries of constitutional officials will also be frozen in 2018. As a result, the state should save €4.1 million next year which will help to gradually decrease the deficit and achieve a balanced budget.

Why a fast-track legislative proceeding?

The salary freeze will be discussed in a fast-track regime. Fico justified this proceeding by arguing that the state would face economic damage otherwise. Judges, the Head of the Judicial Council, the general prosecutor and prosecutors would be exempt.