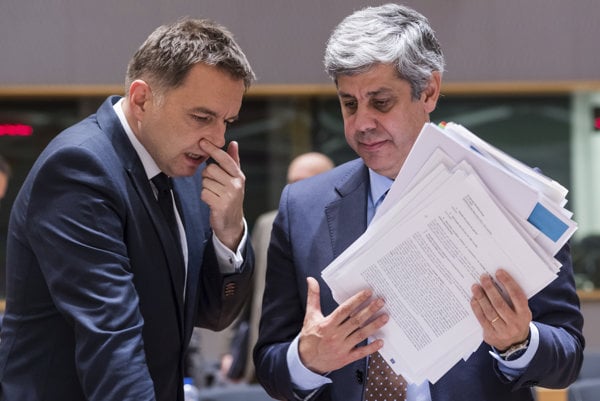 Finance ministers from the 19 countries that use the euro elected Portugal’s Mario Centeno as the top official of the eurozone. He will replace Dutchman Jeroen Dijsselbloem as of January 13. Centeno defeated Luxembourg’s Pierre Gramegna, Slovakia’s Peter Kažimír and Latvia’s Dana Reizniece-Ozola. The latter two stepped down after the first round.

After the vote Kažimír explained that he gave up during the final phase in benefit of Centeno in order that the goal of the European socialists - that this post should be taken over by somebody with a political view similar to that of the departing head of the Eurogroup - is met.

Kažimír congratulated the winner and offered him a helping hand.

"I respect his knowledge and expertise," said Kažimír, as cited by the TASR newswire, adding that the new head faces a difficult period as there is a complicated half-year of expected changes and work on a new architecture for the monetary union ahead of him.

Kažimír’s loss is another fiasco for the Robert Fico government within the EU structures, following Slovakia’s failure to become the seat of the European Medicines Agency (EMA). The agency must move from London because of Brexit and will now go to Amsterdam.

Kažimír confirmed on November 30 that he had submitted an application for the prominent post. At that time, he said that he would push ambitious reforms in the governance of the single currency and “build bridges” to EU nations outside the currency bloc. 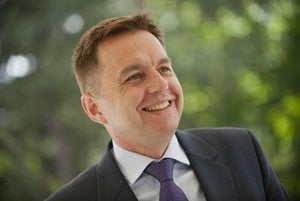 Read also:Kažimír: I see the eurozone as the driving force of European integration Read more

“I see #Eurozone as engine of European #integration,” he tweeted. “Europe’s diversity is our strength – we’re one community and my ambition is to integrate euro ‘ins’ & ‘outs’, build bridges.”

Kažimír’s candidacy broke the consensus among eurozone socialists who had earlier picked Portugal’s Mário Centeno to officially represent them, according to the website Politico.

Based on the information on the website, Kažimír appears to have fallen out of favour with his fellow eurozone socialists, who overlooked him amid concerns about his unpredictable nature. Several eurozone officials told Politico that Kažimír has a tendency to “speak without thinking”, with one person questioning whether Kažimír would be able “to do the job without insulting people”.

Milan Nič, analyst for the German Council on Foreign Relations, ascribes the failure of Kažimír as especially due to the fact that he was very confrontational during the crisis in Greece.

“He became a hated personality in Greece and also other southern countries began to look at him with criticism,” said Nič as cited by the Denník N.

The President of the Eurogroup is a key figure in euro-area debates and developments. While it was originally designed as an informal meeting for finance ministers to exchange views, the group is now one of the most closely watched decision-making bodies in the European Union.