The police are considering a booking system for applicants. 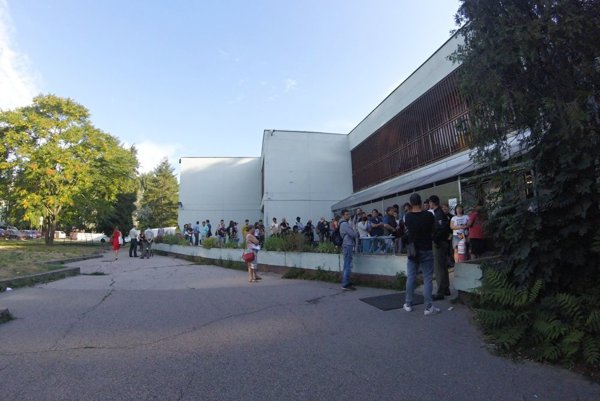 Works on a new building for the Foreigners’ Police in Bratislava are continuing, with the beginning of the next year indicated for its possible opening. The police are also pondering the introduction of a booking system for applicants. This may mean an end to the humiliating procedure foreigners have to undergo in Bratislava when they apply to stay and work here.

“I cannot tell the exact date when the new office in Vajnory will open as it is not me who is in charge of this, but the beginning of 2018 looks realistic,” Branislav Červenka, director of the Foreigners’ Police Department at the Office of Border and Alien Police told The Slovak Spectator.

Červenka visited the construction site on December 4 and said that the work is continuing.

After moving to Vajnory, foreigners may not have to queue outside for days as the department is considering the introduction of a reservation system during concrete hours, the Denník N daily informed.

“The Office of Border and Alien Police is analysing the possible impacts, either positive or negative, of its launch,” said Červenka.

The police explain that the queues are because of the department’s lack of capacity, the growing number of applicants for permits and the time they need to react.

The reservation system is one possibility to make the work of the department more effective.

The new department of the Foreign Police will sit in a former military building in Bratislava’s Vajnory district on the outskirts of the capital.

The building is now undergoing reconstruction.

The new department will have 19 instead of the current 12 counters. Visa-free applicants and foreigners from third countries will have separate counters. There will be also four counters for significant foreign investors, the daily wrote.

The Foreign Police handles more than 200 applications a week. It expects that after reinforcing its staff by 50 people the situation will improve.