Franciscans renew the beauty of a forgotten Advent tradition 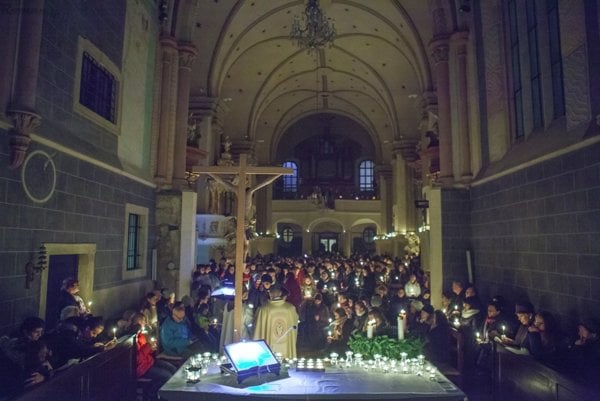 The night is still dark, the city asleep and the church lit only by hundreds of candles is bursting with hundreds of people. At the stroke of six the priest and the ministrants is arriving via a corridor between the pews towards the altar. The choir is singing the medieval song Rorate Caeli Desuper. This is how Rorate masses, i.e. special votive masses during Advent, begin in the Franciscan church in Bratislava.

Since the renewal of this tradition more than 10 years ago these special masses have gained a reputation. Each year hundreds of believers, instead of staying in a warm bed, wake up early and head to this church to experience the magic atmosphere. The Rorate masses offer a calming down, contemplation and reflection prior to upcoming Christmas festivities as well as an escape from shopping fever.

What are the Rorate masses?

Christians began celebrating the Rorate masses during the times of Caesar Charles V in the 16th century. The masses received their name after the first word of the well known Latin Advent song from France: “Rorate Caeli Desuper…” or in English “Drop Down Ye Heavens from Above”.

Based on the liturgical calendar, they can be held each weekday except Sunday from the beginning of the Advent until December 16. During the final week prior to Christmas the texts of the morning masses are different and focus on the birth of Jesus Christ.

The Rorate masses are celebrated at the turn of night into day since the dawn symbolises the birth of Jesus Christ. They symbolise the journey from darkness to light and the coming of the infant Jesus, the light of the world. They recall that before the coming humankind was walking in darkness. Only the birth of Jesus brought light and hope for salvation.

“With the Rorate masses we mark two themes connected with Advent and this is the anticipation of the birth of Jesus Christ and honouring the one who received him first, i.e. the Blessed Virgin Mary,” said Brother Jozef Čirák, superior of the monastery of the Order of Friars Minor, commonly known as the Franciscans, in Bratislava.

Rorate masses at the Franciscan church

After the suppression of the church by the previous totalitarian regime, several parishes have renewed the tradition of the Rorate masses. The Franciscans began once again to celebrate the Rorate masses in their Church of the Lord’s Annunciation, colloquially known as “Františkáni” in Bratislava’s Old Town, more than 10 years ago. At first the masses had a very chamber-like character when only a few people participated. 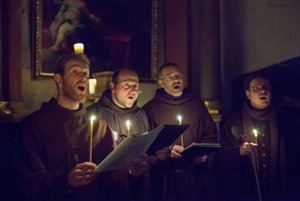 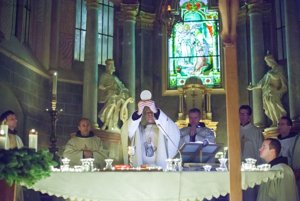 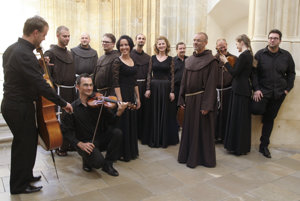 The Rorate mass in the Franciscan Church in Bratislava (14 photos)

“This new tradition emerged thanks to the enthusiasm of students, the Franciscan brothers as well as young laics studying at the Faculty of Theology of Trnava University in Bratislava sometime around 2006,” recalls Brother Jozef. “They wanted to return the Rorate masses their original beauty and so enable people to experience a very strong spiritual moment of Advent.”

The Rorate masses at the Franciscan church

There will three Rorate masses this year – on December 7, 14 and 21. The last one will not liturgically be a Rorate mass, but for general awareness the Franciscans call it Rorate as well.

In the following years the Rorate masses at the Franciscan church became more popular and those who wanted to sit in during the mass had to come to the church much earlier than 6:00.

“None of us wanted to make a mass event out of it, but people are drawn by its atmosphere,” said Brother Jozef. “For us the church is the place of God’s presence and simply the celebration of God must be as beautiful as possible. We really do it from the heart. If it were only our whimsy, then it wouldn’t work.”

Since 2008 the Františkánska Schóla Bratislava music ensemble led by Sylvia Urdová has significantly contributed to the inimitable atmosphere of the Rorate masses.

“The music performed by the schola has elevated the Rorate masses to a completely different level,” said Brother Samuel, one of the Franciscans singing in the schola.

This ensemble of singers and instrumentalists consisting of Franciscan brothers and professional musicians gradually formed from a group of young people who wanted to perform liturgical music in the Franciscan church. Later they also began holding concerts and in 2014 they recorded a CD, Paratum Cor. In the time being they are working on a new CD called Deus Meus Et Omnia.

Advent at the Franciscan church

The Franciscans have prepared, apart from traditional religious events for believers, a programme for the general public.

December 10, 10:30 – Opening of the fifth edition of the nativity scene exhibition

December 11, 17:30 – Concert by the Polish folk ensemble Wałasi called In Anticipation of the Birth of the Lord

December 17 – A charity market all Sunday in the church corridor

December 18, 16:00 – A Christmas concert organised by the Hungarian Culture Institute

The ensemble has existed since approximately 2007, when the Franciscan brothers joined it. These are mostly students coming to in Bratislava for theological studies.

“Their voices, contrary to musically educated professional singers in the schola, are untrained, but they are authentic and give the compositions a different, spiritual dimension,” said organist and choirmaster Urdová.

Right now there are six Franciscan brothers singing in the schola: Dávid Martin Fabuš, Efrém Tomáš Zemjánek, František Mária Kadlečík, Ján Krstiteľ de la Salle Jozef Hóly, Rufín Tomáš Halčin and Samuel Martin Takács. Only one of them, Brother Rufín, has been its member from the very beginning. The others were gradually replaced by new ones.

Theology student Brother Samuel has been singing in the schola since his arrival in Bratislava in 2013. But his first experience with the ensemble is older.

“I remember very vividly when I heard the schola for the first time, before I entered the order,” said Brother Samuel, “It was during the one of the brothers’ ceremony of perpetual vows. At that time I was in the Franciscan church in Bratislava for the first time and when the schola was signing, it appealed to me so much that I said to myself that if I had the chance, I would like to sing in it.”

The schola also began performing compositions by 18th century Franciscan composers from Slovakia in 2007. These were organ players and singers who were members of the Franciscan order. They composed Baroque and Classicist compositions for masses and other worshipping as well as performed them with other brothers.