Producers object saying that their goods passed internal tests and comply with the due legislation. 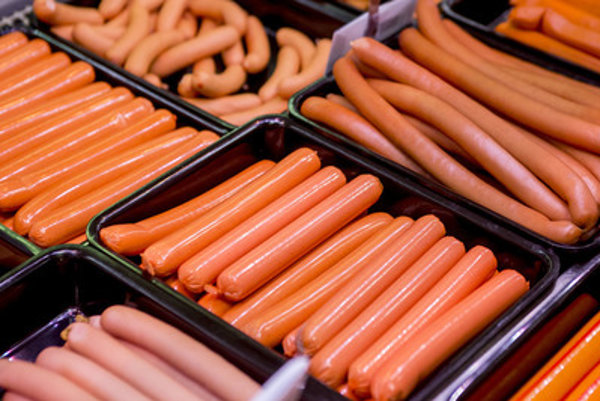 The Association of Consumers in the Slovak Republic have been testing Spiš Frankfurters / Spišské Párky from nine Slovak producers in accredited laboratories of the State Veterinary and Food Institute in Bratislava, the Sme daily wrote on December 5. None of them passed the tests.

The content (composed of pure muscle protein, fat, soy, salts, and colouring agents), the quality of the sheep-intestine casing, the product declaration on the packaging, and the sensory quality were tested. All of the producers failed, their traditional products rated poorly, or “insufficient”. The producers include Tauris, Billa, Maroš, Berto, Cimbaľák, Tesco, Baron, Fine Life and Mecom, the head of the Association of Consumers in Slovakia, Miloš Lauko, reported.

What are Spiš frankfurters and how have they changed?

This regional delicacy comes from the eastern-Slovak region of Spiš (Cips in Latin, Zips in German) and has been produced here historically, according to a specific recipe. It has also been included among the European Union’s labels of registered speciality, meaning such a product gets EU protection granted to its name whenever producers anywhere in the EU want to make and sell the products under these names. They must observe the exact conditions of production, however, including the recipe, packaging techniques, technological procedures, etc. Providing the producer sticks to the conditions, they can use the label TSG for the product. Spišské párky received its TSG (traditional speciality guaranteed) certificate in 2011.

“This provides 80.2 percent meat, without skins,” Lauko said, as quoted by Sme. “That is the reason why the price is much higher than for usual frankfurters which do not contain that much meat.”

The test results have been evaluated by the Association of Consumers in Slovakia as the worst in its 15-year history.

“Six frankfurters did not have a sufficient amount of pure muscle (i.e. lean flesh), but if the acceptable deviation is included, the limit standard values were registered with the Billa frankfurters,” Lauko noted. “The remaining five producers (Cimbaľák, Fine Life, Baron, Mecom and Tesco) lie and bypass the standards and deceive consumers and either include not enough, or poor-quality meat.”

Other problems include too much fat, the use of banned soya, bacon, starch syrup, as well other materials. Spišské párky also include, despite the composition stated on packaging and despite the original recipe, artificial colouring, including cochineal extract, or crimson lake, marked as E 120.

“The results of the consumer tests do not sound trustworthy at least in one respect: our company does not use the colour E120, known as crimson lake, at all,” chair of the board of GR Tauris Group Vladimír Ševčík said, as quoted by the daily. “Thus, we are very interested in the methodology of the survey as the published results do not correspond with our qualitative process and may be harming us.”

Miloš Lauko insists that if the composition stated on the package is different to that measured in the laboratory, then this points to deceit. He adds that some producers – Maroš, Tauris and Fine Life – admit on their labels that they do not stick to the standard, in the amount of pork used. The only issue where all products passed was the mutton intestine used as edible casing.

Mecom, Tauris and Berto refute the criticism and argue that their frankfurters passed internal tests, the daily wrote. They accuse the Association of Consumers in Slovakia of publishing incorrect information and explain that the occurrence of crimson lake (E 120) in the frankfurters is due to cross-contamination caused by micro-organisms present in raw food, on instruments and dirty surfaces that can get into prepared or washed ingredients, or on clean surfaces.

The producers accuse the testing experts of a lack of legislative knowledge of the food industry and also of using differing terminology. Some producers question the tests, others have already made corrections and still others claim they do not violate the rules.

The Union of Meat Processors (ZSM) does not have objections to consumer tests and offering the resulting information to consumers but it is aware of the importance of the data reported. Its representatives stress that when interpreted wrongly, deceptive information can damage the good reputation of a producer. ZSM found several incongruities in the consumer tests of the Spišské párky, while also missing the precise methodology used and sufficient communication with producers.

The State announced that its representatives will test the Frankfurters independently and if they fail the state tests, some producers may be forced to change their product's name. Some other TSG products will be tested, too, Sme wrote.