RegioJet to become part of the regional integrated transport from April

All city transport tickets will be accepted. 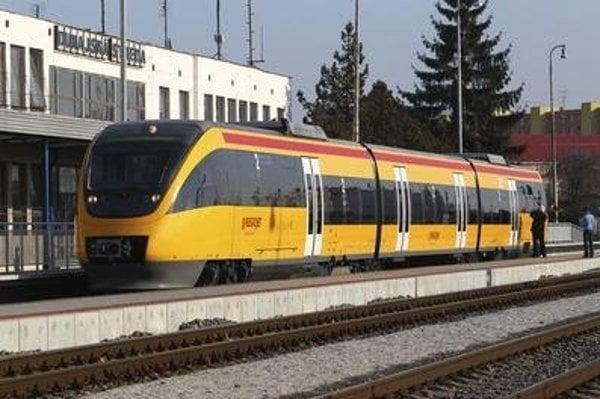 The private RegioJet company will join the Integrated Transport System (IDS BK) in the Bratislava Region on April 1, 2018. This is the binding date for its entry, stemming from the published time schedule of the Bratislava Integrated Transport (BID) which coordinates the IDS BK. However, several administrative, contractual and technical issues have to be addressed and coordinated by then, chair of the Board of BID, Marian Rovenský, told the Sme daily.

“This will require active involvement of all partners and transport operators,” he added.

RegioJet is currently changing its sales system but they should be ready by mid-February 2018. Then, integration tests should start. The markers for train tickets will also be added at train stops.

“RegioJet will basically become a kind of new agglomeration urban railway which we know from Vienna and other cities,” owner of RegioJet, Radim Jančura, told Sme.

Who will use the trains?

The train operator (which also operates buses on some routes in Slovakia and the Czech Republic) expects the trains marked as S70 to be used predominantly by inhabitants of the border or suburban boroughs of Bratislava, like Vrakuňa or Podunajské Biskupice who would prefer them to classical city transport. Also, the inhabitants of the satellite villages around Bratislava, in the direction Kvetoslavov, can use them.

“Currently, we transport more than 3,000 passengers to Bratislava,” Jančura noted, for Sme, adding that in recent years, their number has increased 3.5 times.

The Bratislava Region administration approved the joining of RegioJet this June, while in September, Bratislava city councillors also agreed. The Transport ministry has welcomed this development since the beginning.

What routes will RegioJet use?

The S70 train connection will be operated at 15-minute intervals at rush hours and every 60-minutes at other times of the day. All city transport tickets, from one-time to pre-paid tram passes and also IDS BK bus and train (Slovak Lines, ZSSK) tickets, including the tourist Bratislava Card, as well as dual tickets of the operator, i.e. train-only tickets, will be valid for the service.