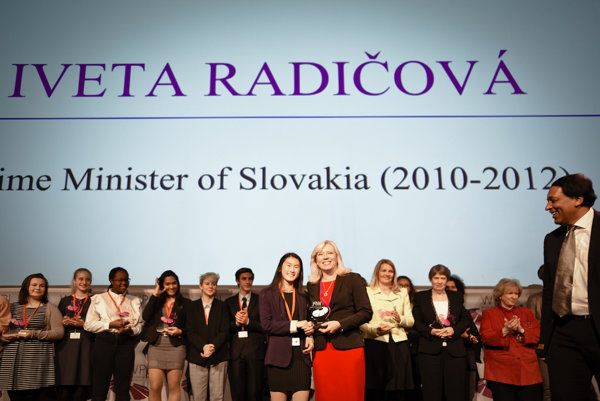 Iveta Radičová, who was prime minister for the rightist SDKÚ party between 2010 and 2012, became one of 15 women from across the world that received the award for influential female politicians from the Women Political Leaders Global Forum. She was the only representative from the central-European region, the Plus Jeden Deň daily wrote on December 9.

Radičová has already received one international acclaim: in 2010, she was declared Woman of the Year by Glamour magazine.

The Women Political Leaders Global Forum (WPL) organised the largest gathering of women who have been elected head of state or government in history.

Radičová was among 15 current and former female presidents and prime ministers who were presented with the WPL Award during the WPL Global Summit in Reykjavik, Iceland, on November 29.