His decision on whether to explain his official address to the Slovak parliamentary committee is voluntarily. 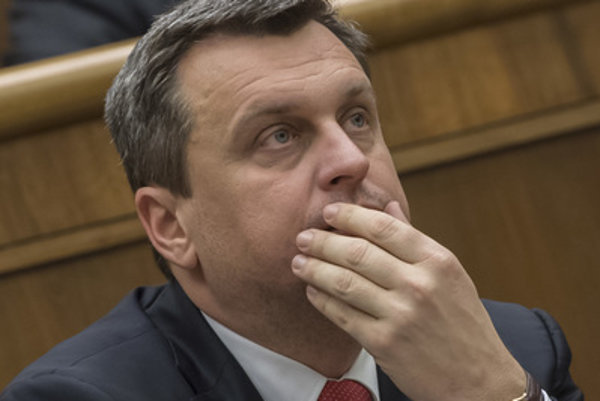 The chairman of the coalition Slovak National Party/SNS and Speaker of Parliament Andrej Danko is not obligated to attend a session of the parliamentary foreign affairs committee to explain the speech that he delivered at the Russian State Duma, according to a resolution approved by the constitutional committee on December 12. He could do so on a voluntary basis, though.

Danko asked the constitutional committee to decide on the matter after the foreign committee's attempt to summon him for an explanation.

Why Danko is not accountable to the foreign committee

“Neither the Slovak Constitution, nor the Rules of Procedure imply an obligation of the parliamentary speaker to attend a committee session,” constitutional committee chairman Robert Madej (ruling Smer party) said, as quoted by TASR. “Therefore, the resolution passed by the foreign affairs committee cannot be interpreted as binding for the chairman.”

Back in November, Danko declared that the resolution of the foreign committee is not in accordance with the Rules of Procedure, but added that he would oblige anyway.

“Ever since I returned from Russia, I've noticed polarised views among the public, and this committee resolution is one of the results of that debate,” Danko opined then. “There's no legal way to oblige a speaker of parliament to engage in such a task, but there's no need to respond to a bad decision in a bad way. So, I'll either summon the committee members or go to the session and explain to them how important it is not to have a black and white lens [in foreign policy].”

What did Danko say?

During his visit to Russia, Danko gave a speech to the Russian parliament on November 15, hailing the country and describing it as a state that courted and was visited by top global politicians, a pillar of global peace and “able to solve issues through a correct dialogue”. He did not consult about the address with the Foreign Ministry, Slovak Foreign Minister Miroslav Lajčák noted, as cited by the Sme daily.

“Let's stop attacking Americans one minute and Russians the next; let's stop the bickering and polarisation,” Danko said, adding that the “train of economic cooperation with Russia” is about to leave the station so there is a need to initiate further visits to Russia. Danko cited, according to TASR, Czech President Miloš Zeman as a role model worthy of emulation, as Zeman is received by heads of state in the USA, China and Russia.

As for Russia's annexation of Crimea, Danko declared that the post-World-War-II order should be maintained. “But I'm not a historian to say yes or no,” he said.

The committee opted to summon Danko to its session following a vote by opposition MPs who enjoy a majority in this committee. They wanted to hear an explanation for why Danko's views diverge from the official ones of the Foreign Ministry. The Committee's coalition members, including committee chair František Šebej (coalition Most-Híd party), voted against. Šebej expressed criticism of Danko's speech to the Duma and even the visit to Russia itself, via the media several days ago but he pointed out that the Rules of Procedure do not empower committees to summon other representatives of parliament to their sessions for questioning, TASR wrote. This option can be used only against the government.