Government should adopt measures to remove discrimination and segregation of the minority. 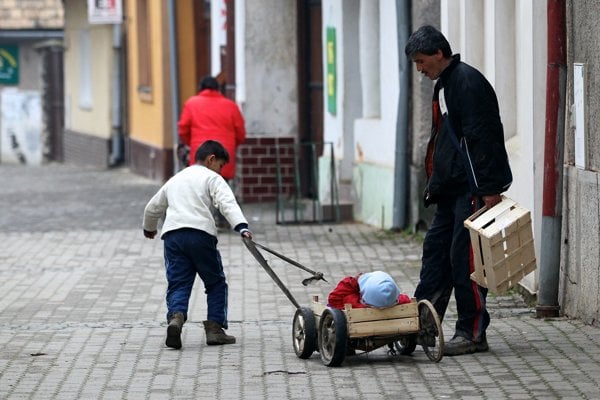 Slovakia’s government should take effective measures to eliminate discrimination against members of the Roma minority in various areas of life, according to the United Nations Committee on the Elimination of Racial Discrimination (CERD).

This stems from the final findings issued by the committee after the November meeting and discussions with the Slovak government delegation in Geneva, as Štefan Ivanco, programme coordinator of the Centre for Civil and Human Rights, informed.

In its final findings, the committee paid attention, among other things, to the situation of disadvantaged members of the Roma minority in the area of health care.

“It requires the Slovak government to adopt the measures necessary for eliminating all forms of discrimination against the Roma minority when providing health treatment and ensure that Roma patients, particularly women, are treated with respect,” Ivanco said, as quoted by the SITA newswire.

The CERD also asks for all cases of discrimination and violence reported in health care to be properly investigated. It also dealt with the case of the illegal sterilisation of Roma women and expressed concern over the cases when many women sterilised in the past still face obstacles in their access to justice.

The UN committee directly responded to the report called Vakeras – Zorales: Speaking Out – Roma Women’s Experience with Health Care and Reproductive Health in Slovakia, which documents the personal stories of 38 Roma women from marginalised communities who reported discrimination and abuse in reproductive and maternal health care facilities in eastern Slovakia.

The CERD also pointed to several serious and unsolved problems in the protection of Roma human rights, including the cases concerning police violence against ethnic minorities that have not been properly investigated yet.

It also expressed regret over the government ignoring its previous recommendations concerning the creation of an independent institution to investigate the crimes committed by police, which should have replaced the current police inspectorate running under the Interior Ministry. The CERD again recommended that the government quickly create such an institution, SITA reported.

Meanwhile, the committee expressed concern over the persisting discrimination and segregation of Roma children at schools, asking the government to secure equal access for Roma children to quality education. It also wants the government to improve the living conditions of marginalised Roma minorities, remove housing segregation and improve the application of anti-discrimination legislation by courts.

“It is obvious from the findings that the Slovak government has to do more to protect the human rights of racial and ethnic minorities living here,” Ivanco said, as quoted by SITA, adding that despite the action plans the situation of the Roma has not improved in past years. “The committee wants to see specific and tangible positive results.”