The art of baking Bratislava rolls

Vienna has Sacher torte, Budapest has Somlói galuska and Bratislava has rolls 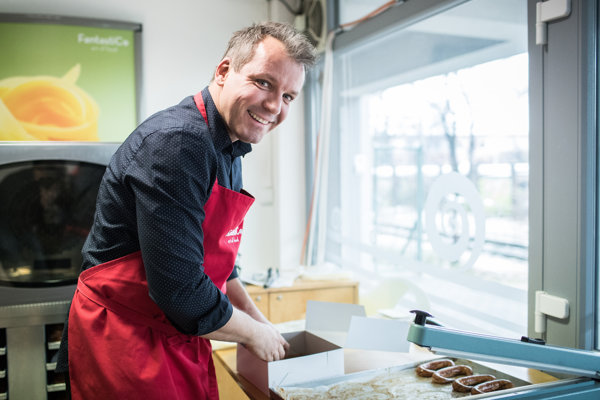 It is enough to follow the aroma, easily leading all gourmands into the bakery, where skilled bakers prepare traditional Bratislava rolls at the speed of lightning. The aroma of freshly baked rolls can be smelt from the crossroads of Riazanská and Kukučínová street. The bakery itself is a few dozen meters away on Riazanská Street.

“We began baking Bratislava rolls on our own accord,” explained Ján Šimunek, the owner of the family company FantasticCo, in regards to why he and his wife decided to set up their own bakery years ago. “We love the rolls and at that time, around 2013, it was a problem to find good Bratislava rolls in the city. So we decided to bake them ourselves.” 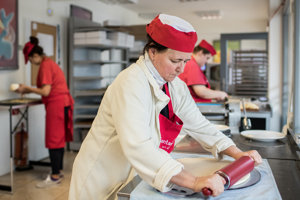 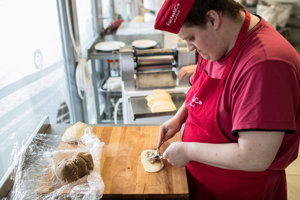 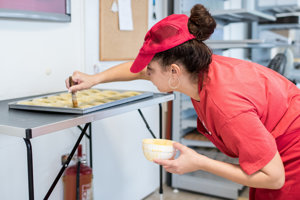 How Bratislava rolls are baked. (19 photos)

Šimunek originally worked in the military air force and only after finishing this chapter of his life did he learn the art of baking. His teacher was the baker Vojtech Szemes, who deserves the greatest credit for the successful renewal of the tradition of Bratislava rolls. As the former head of the Guild of Bakers and Confectioners of Western Slovakia, he brought back to life this traditional Bratislava pastry and fought five years for it to be recognised by the EU as a traditional specialty. The rolls received the Traditional Specialties Guaranteed Trademark (TGS) in 2012.

The first written mention of the rolls baked in Pressburg, today’s Bratislava, is from the guild book of bakers and dates back to 1599. It reads that on Easter Monday, it was decided that everyone who bakes pretzels should bake the rolls. At the end of the 19th century, there where several bakers in the city baking rolls, which at that time were known as Pozsonyi Kifli in Hungarian or Pressburger Beigel in German. Their twilight years were predetermined by WWII. After the communists took over in Slovakia, the rolls become one of symbols of the bourgeois era. The famous bakeries were nationalised and the rolls almost disappeared from cafés and pastry shops. The tradition was restored only in the late 1990s.

At FantastiCo, they created a link to the tradition disrupted for many years during the communist regime. They searched for original recipes and practices and tried to bring them back.

He estimates that approximately 200 bakeries prepare this traditional specialty in the Bratislava region but only around five of them bake real quality Bratislava rolls.