Red wine from Skalica on EU’s list of specialities

After 10 years Skalica adds a second product to the list. 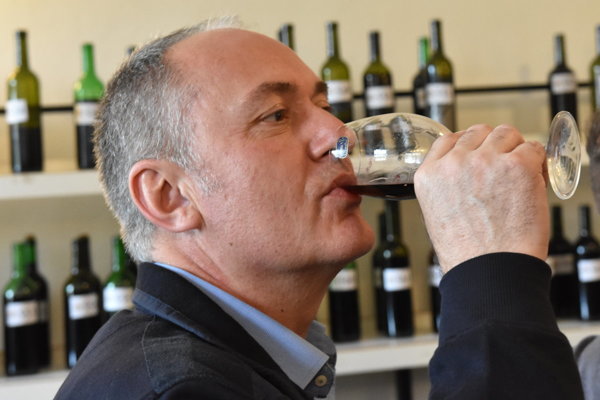 Slovakia has another product with the Protected Designation of Origin (PDO) label. The European Commission approved on December 15 Slovakia’s application for protecting the name ‘Skalický Rubín’. Now Slovakia has 21 products on the EU’s list of specialities. The name Skalický Rubín is a compound name consisting of the geographical name Skalický and the additional term rubín (ruby), referring to the colour of the wine.

“The wine is characterised by its full flavour, a high tannin content and its colour, which provides the wine with its historic name,” the European Commission writes on its website.

Skalický Rubín is a red wine exclusively produced from the complete or partial alcoholic fermentation of fresh grapes of the Frankovka modrá, Svätovavrinecké and Modrý Portugal varieties. This wine must be produced using grapes grown on the precisely defined territory of Vintoperk Hill. The wine derives its character from the hill’s characteristic soil composition.

The geographical unit for the production of Skalický Rubín in and near Skalica covers an area of about 50 square kilometres and is located at the foot of the White Carpathians.

The area’s inhabitants have been using these conditions to cultivate grape vines since the 9th century, as confirmed by vine-growing implements in archaeological finds at Kopečnica. The Skalický Rubín blended wine came into being in 1924.

This is the second product Skalica has on the list. In 2007, the Skalický Trdelník cake was registered as Slovakia’s first product within the EU scheme and holds the protected geographical indication.