Horehronie singing inscribed in UNESCO. What did Slovakia have to do for this?

Slovakia does not have that many inscriptions in the world cultural heritage. The complex approval path may be behind this fact. 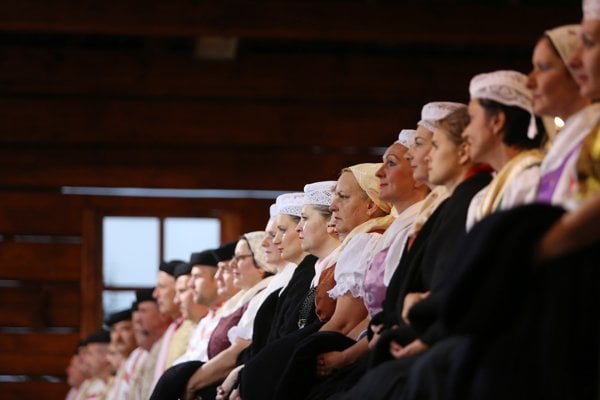 It sounds so powerful that it echos around hills and valleys. It requires strong, soulful voices whose combination resembles an echo resounding in a forest. The multipart Horehronie (i.e. Upper-Hron region) way of singing can often be heard in Slovak folk songs.

It is so unique that it has been recently inscribed on the UNESCO world cultural heritage list.

“This style has been developing for centuries, since the era of colonisation of the region of the Upper Hron river, Horehronie, in the 14th century,“ Jaroslav Bodnárik of the folklore ensemble Kráľova Hoľa explains. “Natural conditions impacted it, as well as the herdsmanic way of life and the confession." Horehronie singing has several variations, depending on the village it is sung in – be it Telgárt or Vernár. 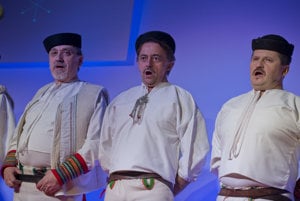 Bodnárik has been devoted to this type of singing since he was a small child, and he has the right talent. Three years ago, he decided he could register it for the UNESCO list. It is part of our folk culture, and we should protect it. However, the process that followed was extremely complicated.

It has to be approved by experts and reviewers

The UNESCO world cultural heritage list has two parts: the tangible and the intangible. In the tangible one, monuments and cities are inscribed – for example Vlkolínec, Banská Štiavnica and Spiš Castle in the case of Slovakia.

The country has five items in the second, intangible UNESCO list: the fujara folk musical instrument; the music from Terchová; the bagpipe (gajdy, gajdošská as adjective) culture; puppetry and the latest inscription – the Horehronie multipart singing. Overall, we have few inscriptions. In comparison, France has 43 inscriptions on the tangible list, the Czech Republic 12, while Slovakia a mere 7. If you want to inscribe a monument on the list, you have to be patient. It requires someone to fill in many official documents and fulfill the strict criteria. Your proposal has to pass several selection rounds, pass through the hands of many experts and the eyes of many reviewers.

“You have to keep track of the calls from the Culture Ministry, and elaborate a detailed nomination,“ Bodnárik explains. "It is checked by the Centre for Traditional Culture – but the centre can return it for correction – then a ministerial council evaluates it, and the Slovak Academy of Sciences – its Institute of Ethnology,“ he adds.

Generations are the grid of selection

Every year, a different number of applicants appear. The last year was strong especially strong, as many as seven items applied for, says Eva Záhumenská of the Centre for Traditional Culture, which processes all the applications for inscription.