Pellegrini: Slovakia can become a testing space for bold ideas

Digital transformation offers the chance to be a leader, says Peter Pellegrini, deputy prime minister for investment and informatisation, in an interview with The Slovak Spectator. 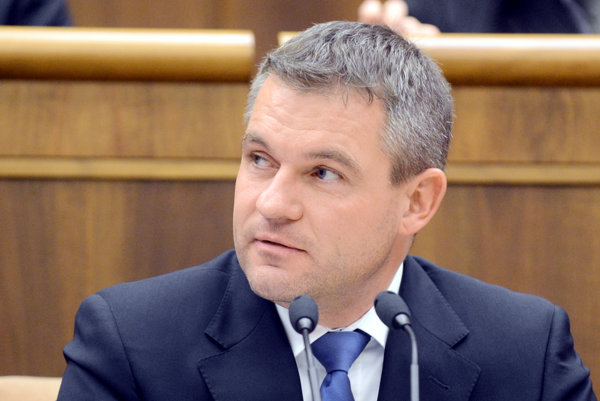 In an e-mail interview with The Slovak Spectator in October 2017, he also talks about why Slovakia lags be­hind in R&D, how the smart cities programme can help Slovak companies to go global, and he also addresses the question of problems with introducing e-government.

The Slovak Spectator (TSS): Slovakia belonged among the leaders in innovation of the countries of the Eastern Bloc (Council for Mutual Economic Assistance) before 1989, but nowadays only a few companies are in­volved in research and development. Why?

Peter Pellegrini (PP): The democratic changes after 1989 also brought a dramatic drop in living standards, as we needed to build a new economy and faced the lack of capital. Rules and conditions needed to be set before sustain­able foreign capital could start flowing into the country. We needed to build a modern business environment from scratch, and all the while reacting to the economic crises in the world. So it is only fair to admit we have passed through a period when many Slovak companies focused on survival and transformation, and modernisation and innovations have only come gradually.

TSS: What reasons do you see behind the current low interest in innovation in Slovakia?

PP: I keep hearing a number of explanations for why some companies innovate and others do not. Visionaries at the helm of companies increase the innovation potential. So does the culture that encourages employees to bring ideas for improvement, which some companies have been building for decades. It is important to understand the need to focus on the sustain­ability of business, rather than on maximising short-term revenues. Perhaps some find it easier to procure a ready-made innovation and then commercialise it, as opposed to taking risks. To follow trends rather than to lead. But there are a whole lot of companies in Slovakia who are not afraid to invest in innovation. The state can sup­port innovation activities through tax relief or by using operational programmes. Our office has announced two calls for Slovak companies with innovative ideas in the area of smart cities. We have linked private foreign capital and the state budget, plus the possibility of spending time at an accelerator in the US.

It is important to understand the need to focus on the sustain­ability of business, rather than on maximising short-term revenues.

TSS: In June 2017 you have passed an implementation plan for the RIS3 strategy, the first strategic document for the coordina­tion of R&D in Slovakia. Has there been any progress on putting the plan into practice yet?

PP: We have cooperated on the amend­ment to the income tax law, which is now in Parliament. We want to increase the rate of the super-deduction of expenses for science and research. We also aim to significantly simplify the paperwork around the deduction. We have set platforms for so-called technology leadership for all domains, including the automotive industry, creative industry, health care and healthy food and the environment. All these activities are prepared with the technological and research capacities of our companies in mind. We have also taken into consideration the existing research infrastructure in the public sector, the research potential of Slovakia’s top research teams, and the economic specialisation of Slovakia in foreign trade. We will come up with measurable indica­tors for the tools towards RIS3 aims by the end of 2017.