Slovakia’s economic and business sectors are thriving thanks to the generally positive development of its main trading partners. Economic growth has exceeded 3 percent and unemployment rates are hitting historical lows. However, employers are complaining about the lack of skilled labour force that augments the wages of workers while Robert Fico’s third government is introducing measures that increase employer costs. These measures impede improvement in the business environment.

“It can be said that the business environment in Slovakia is worsening in the long run and that Slovakia is becoming less competitive with neighbouring countries (the Visegrad group countries and Austria) as well as other post-communist countries in the EU,” Martin Hošták of the National Union of Employers (RÚZ) told The Slovak Spectator. “The latest proposals to change legislation in the social sector only confirm this. The costs keep increasing due to legislative changes and this worsens competitiveness.”

Peter Kremský, executive director of the Slovak Business Alliance (PAS), sees the business environment as worsening, especially in terms of bureaucracy, equality before the law, operation of the state, law enforcement, corruption and access to a labour force. 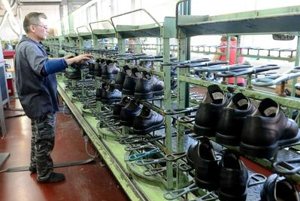 Martin Vlachynský, analyst for the economic think-tank INESS, listed among positive changes more generous flat deductible costs, which the self-employed will be able to enjoy next year. This measure arrives after years of progressively harder conditions for the self-employed to do business.

“On the other hand, the government continues to increase the wage costs of low-qualified workers, not only minimum wage increases, but also in the form of social packages,” said Vlachynský.

The experience of clients of the audit and tax consultant Grant Thornton Slovakia is similar.

“It is obvious that most of our clients are enjoying a very successful business year,” Wilfried Serles, managing partner at Grant Thornton Slovakia, told The Slovak Spectator. “Many businesses are growing and profits are increasing. However, margins are declining slightly as labour costs are increasing.”

This implies, according to Serles, that companies in Slovakia are currently unable to compensate the increasing personnel costs through improvements in productivity.

Analysts and companies list economic growth, domestic and foreign demand, the arrival of new investors and the expansion of companies among factors positively affecting the business environment in Slovakia, but as Hošták points out, this is not to the Slovak government’s credit.

“Slovakia’s economy is driving on a wave of optimism that helps cover the imperfections of the business environment,” said Vlachynský. “These may become fully visible if the current economic boom slows.”

Kremský believes the worsening regulatory framework, negative influence of the state and public administration, the introduction of additional measures related to taxes and levies, social packages, the increase of the minimum wage, the malfunction and weak functioning of the state and its bodies are also negatives.

Serles sees the shortage of labour as one of the key challenges for Slovakia’s industry.

“Should the shortage of labour not become an obstacle to future economic growth, Slovakia will have to open its labour market to people from neighbouring countries,” said Serles. “However, many abroad do not perceive Slovakia to be an attractive place for work. In addition, the gap in the education of skilled personnel is growing.”

The government has taken several measures to improve the business environment, said Miriam Letašiová, general director of the business environment and innovations section at the Economy Ministry. These include a reform of the public administration conducted by the Interior Ministry, the fight against corruption, the reduction of the corporate tax as of the beginning of 2017 and the increase of flat deductible costs for the self-employed.

In May, Economy Minister Peter Žiga, introduced a package of 34 measures that should reduce costs for businesses by €44 million, cut red tape and improve the business environment. These measures, divided into five groups, concern public administration services, methods for increasing competitiveness, the hiring of employees, as well as tax and business support.

The package aims to revise health supervision through occupational health services for employees. It also aims to increase the super-deduction of expenditure on research and development to 100 percent. These measures should make the process of acquiring construction permits more efficient and simplify the process of permitting small-scale construction. The Environment Ministry suggests reducing red tape for businesspersons related to the law on waste.

Now, the Economy Ministry is preparing a second package of measures to improve the business environment. It plans to submit it to the government during the first half of 2018.