Kuzmina has no competitors on the track, living out a fantasy

Anastasia Kuzmina is currently the leader of the female Biathlon World Cup. 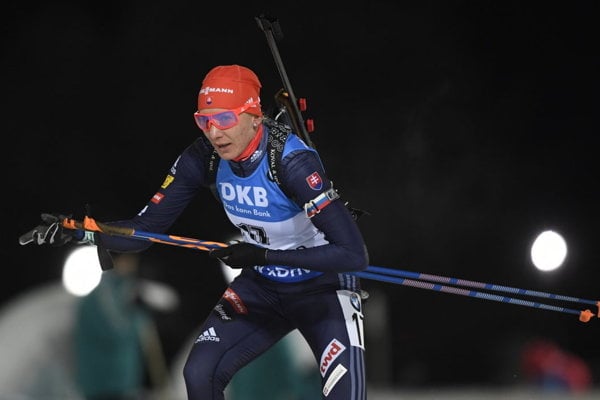 Anastasia Kuzmina has no par on the running track of biathlon. (Source: AP/TASR)
Font size:A-|A+17

On the track no other athlete can keep her pace. Slovak biathlete Anastasia Kuzmina is in fantastic running shape at the beginning of the Olympic season. If she can still improve her shooting, she will hardly find any competitor in the current starting field of female biathletes, the Sme daily wrote on December 18.

She confirmed her great form in the last two races – in the Annecy Le Grand-Bornand in France, where she ended up second, losing only 14 seconds to the winner, Laura Dahlmeier from Germany.

Kuzmina ended up second on December 16. “I was probably overreacting emotionally during the first shooting, not being easy for me to shoot and concentrate,” she admitted. “I'm human, and I made a big mistake.”

“It's a pity she failed the first shooting series – maybe there was stress behind it,” her coach and husband, Daniel Kuzmin, told the TASR newswire. He added that they “are living through an unbelievable two weeks, resembling a pre-Christmas fantasy”. Kuzmina was among the three best biathletes for the fourth time in two weeks, and thus has become the leader of the World Cup for the first time in her career.

Kuzmina confirmed her good shape on December 17, in a 12.5 km race with a massive start. Again, she was the fastest of all the racers on the track, but due to four penalising laps she was finally fourth, losing 25 seconds to the best athlete, Justine Braisaz from France, who also missed just one target.

If Kuzmina had shot one more target, she may have fought for best position. She is better on the running track but has to focus more on shooting, Sme wrote.