Bratislava: Tram track on Špitálska Street back in operation 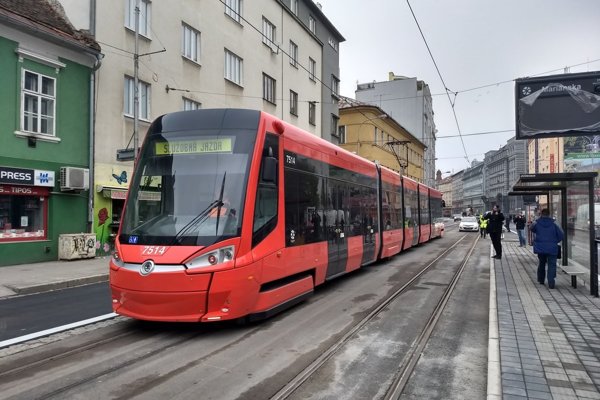 Trams have started running on Špitálska Street in the centre of Bratislava again. The reconstruction of the tram track lasting almost six months has concluded and the operation of trams renewed on the morning of December 21.

The tram track is thoroughly renovated between Kamenné Square and Americké Square on the street, including the tram stops.

"We have used this opportunity to repair the road and also renovated the bike lane so that people can use this route for cycling," Bratislava Mayor Ivo Nesrovnal said, as quoted by Sme daily.

The reconstruction was launched in August and was supposed to last three months, but the deadline was postponed due to missing permits. The project cost more than €2.5 million.