But some doctors warn against the problems the system might cause. 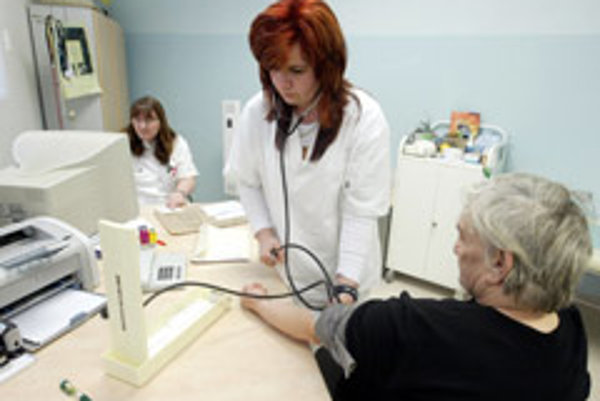 After nearly 10 years of waiting, Slovakia launched the eHealth system on January 1, 2018. It's expected to improve health care and quality of life. The system has cost some €80 million so far.

The launch of the system was protested by medical organisations that complained it was not prepared for all outpatient departments.

With this system in place, patients only need to show doctors their ID cards. Before, they had to use health insurance cards. The doctors will scan the cards with the reader and will immediately receive the patients’ medical information. The medical records will also be available online. Doctors can even prescribe medication online. Once patients receive their online prescriptions, they can show their ID card at the pharmacy where the online prescription will be accessible, the Hospodárske Noviny daily reported.

Online health care should benefit both patients and healthcare workers, unlike the current system, said Peter Blaškovitš, head of the National Health-Care Information Centre (NCZI), the system’s administrator, in mid-December.

The vision of eHealth is to provide correct information at the right time and in the right place at all stages and processes of care for citizens’ health, Blaškovitš added, as reported by the SITA newswire.

“January 1, 2018 is not the date of the world's ending; it is a date when certain legal provisions come into force, but that does not mean that the eHealth system is not already working at this moment,” he added, as quoted by SITA.

So far, 92 hospitals are connected to the system, Hospodárske Noviny reported.

The NCZI head claimed that the system will not impact the work of doctors. If their is an internet outage, the doctors can continue in their work. Medical records will be sent online as soon as the internet is restored, he explained, as reported by SITA.

Doctors’ organisations said the system was not ready to be launched in all outpatient departments. Two weeks before the official launch, however, they claimed doctors will face the risk of sanctions if they do not use the system. The law requires mandatory participation of all outpatients’ departments and those who do not participate may be fined. The highest sanction bans doctors from practicing medicine in Slovakia, SITA reported.

Even after launching the system, some doctors still lack information on what to expect. They are afraid of the chaos the system may cause as it may prolong the waiting time for patients.

“We need to know what our doctors need to do to connect, what functions they can and have to use,” head of the Association of Private Doctors, Marián Šóth told Hospodárske Noviny, adding they do not know what their duties are.

Šóth tested the system one year ago and it took him half a day to connect. Thus, he thinks many doctors will need expert help.

This may result in a longer waiting period, according to Peter Makara, head of the Slovak Society of General Practice. As result, they are asking for a gradual connection of doctors to the system.

NCZI refused the proposal, but adopted a compromise: doctors will not face any fines in 2018, Hospodárske Noviny reported.