Foresters counter the campaign on forests

Titled “The truth about a forest”, foresters aim to protect themselves against untrue information. 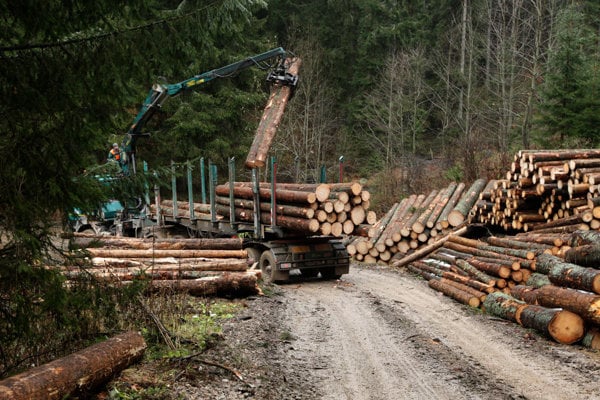 Slovak foresters have responded to the Environment Ministry’s intention to adopt a memorandum of forests and the activities of the civic association My Sme Les (We Are Forest), launching a campaign titled “The trust about a forest”.

The aim is to provide true information about the state of Slovak forests, forestry and nature protection.

“We lack enough space in the media to inform and explain,” the Slovak Forestry Chamber (SLK) said, as quoted by the TASR newswire, adding this campaign is the way to do it.

SLK also criticised the public's perception that all foresters recklessly log trees and do not care about anything else.

“We are also planting trees, protecting young trees that cannot be seen on satellite pictures, raising these allegedly non-existent forests, and returning a significant portion of the incomes earned by logging back to the forests,” SLK claimed, as quoted by TASR.

At the same time, the foresters claim they respect the laws and restrictions that arise from the protection of nature and the country. They also understand the need to protect nature and preserve it for future generations.

The foresters claim that it is the state that is failing and that the campaign launched against them is full of lies, half-truths and information that is taken out of context. The campaign is influenced by Environment Minister László Sólymos (Most-Híd) who wants more powers for his ministry as well as the management of part of Slovak forests and non-intervention for a huge area, according to SLK.

According to foresters, when the first protected area was declared there was no such expression as "environmentalist."

“We haven’t failed,” SLK claimed, as quoted by TASR. “On the contrary, the forests we administer follow the care plans. On the other hand, the nature protection lacks approved care programmes for most of the protected areas, while the new zoning of the national parks has not been approved yet and the protection of the Carpathian Beech Forests has not been secured either.”

The foresters add that while the representatives of the We Are Forest initiative claim the state fails in this area, they point a finger on them instead, as reported by TASR.

Meanwhile, the We Are Forest initiative, which calls for the protection of forests and national parks, has become the most successful online environmental petition in Slovakia, obtaining support from nearly 64,000 people so far. The petition calls on politicians to show their support and concern for the Slovak forests. 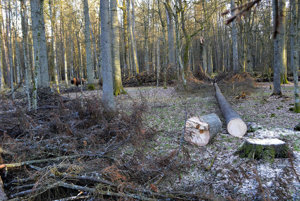 Sólymos has said he shares beliefs similar to the campaign’s initiatives.

His ministry introduced the draft memorandum on forests last September to Agriculture Minister Gabriela Matečná (Slovak National Party nominee). The memorandum asks ministries to cooperate in the protection of forests. They have failed to strike a deal yet.