How to get rid of your Christmas tree in Bratislava

The collection and removal will last three months. 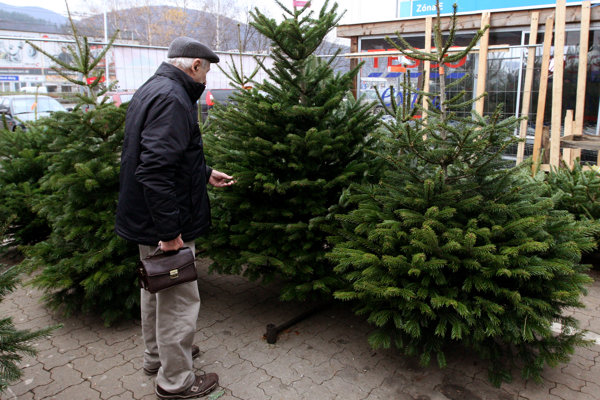 The removal of Christmas trees in the Slovak capital will start on January 8, informed the municipal company Odvod a Likvidácia Odpadu (OLO), which collects and disposes of waste.

It will start in the Old Town borough and gradually move to other city districts. The collection and removal of the Christmas trees will end on March 31, the TASR newswire reported.

“In the case of family houses, it is necessary to move undecorated Christmas trees to the closest collection hubs, while in the case of flats they should be placed ner waste containers,” OLO spokesperson Beáta Humeniková said, as quoted by TASR.

The Christmas trees will be taken to the Bratislava’s waste incinerator.

“By burning them with other communal waste, heat and electricity are produced and further distributed to 22,000 households,” Humeniková added for TASR.

The number of collected and removed Christmas trees increases every year. While in 2014 it was 84 tonnes of Christmas trees, in 2016 it was nearly 99 tonnes and last year more than 112 tonnes.

Apart from leaving it to OLO, people can personally bring their Christmas trees and dispose of them in OLO’s collection yard on Stará Ivanská Cesta, which is open from 8:00 to 18:00 every day, except Sundays and holidays.