2018: Municipal elections and gearing up for the presidential vote

Political analysts offer their expectations for the starting year and sum up 2017. 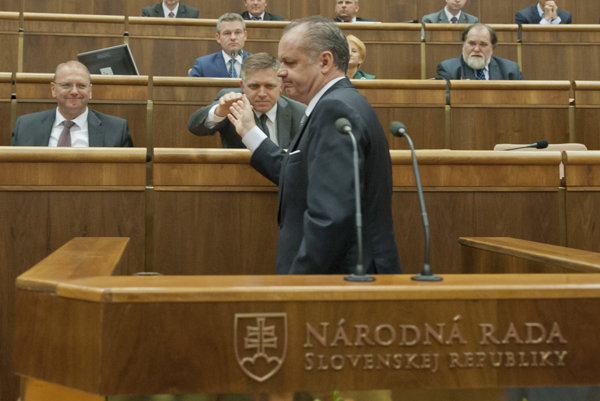 The second half of the year in Slovak politics meant a tougher relationship between the prime minister and the president. (Source: TASR)
Font size:A-|A+3

“2017 wasn’t worth much,” Prime Minister Robert Fico admitted as he reported about his phone call with his Czech counterpart, Andrej Babiš, during which they wished each other a better 2018 than 2017.

Fico did not specify why 2017 was disappointing for him, but the fact is that his Smer party suffered a loss in the regional elections that took place in November, and his government experienced several quakes, including a major crisis over the summer. Analysts also consider the rekindled conflict between the prime minister and the president to be one of the defining moments on the political scene.

2017 saw a shifting among opposition parties. Two new entities emerged in a more concrete form over the year: the group around MP Miroslav Beblavý known as Spolu (Together), while the leftist movement of Ivan Štefunko, called Progressive Slovakia, has already introduced some of its people and ideas.

But the political event of the year was the abrogation of the controversial amnesties of former prime minister Vladimír Mečiar. Political analyst Grigorij Mesežnikov, president of the Institute for Public Affairs, opines that this was also thanks to the fact that some parties that have opposed the scrapping of the amnesties in the past were in a way forced to support it now - namely Smer and the Slovak National Party (SNS).

“They had no other choice, given the circumstances,” Mesežnikov told The Slovak Spectator. “If they had not agreed with it, it would have harmed them politically.”

The November 4 regional elections were expected to be the event of the 2017 in Slovakia, despite the usual low turnout in this type of vote. Indeed, they did indicate to some extent how the country has progressed and what forces are prevailing in society, Mesežnikov noted.

“The defeat [of the far right] is purely political, not about a weakened electoral potential,” Mesežnikov said, pointing out the different election system applied in the regional vote.

While Mesežnikov still sees a considerable electorate for the far right, he does not expect them to attain a great result in the 2018 municipal elections.