Ancient board game has no parallel in Europe

The game was found in the tomb of a Germanic prince in Poprad. 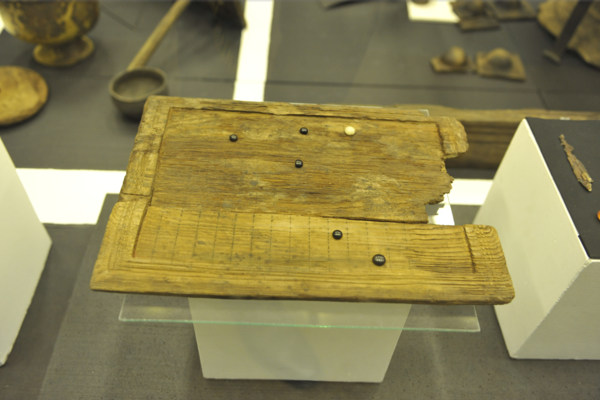 Slovakia has another unique archaeological object, an ancient game found in 2006 when researching the tomb of a Germanic prince in Poprad. After its conservation and further research, experts found the game has no parallel in Europe.

The game, over 1,600 years old, consists of chess-like squares with green and white playing pieces of different sizes that have also been preserved.

“There were plenty of board games in ancient times with many variants, but reconstructing the playing technique is a very complicated process that only top experts can solve,” said the deputy of director of the Archaeological Institute in Nitra, Karol Pieta, as cited by the SITA newswire. Pieta lead the research on the tomb in Poprad.

Archaeologists turned to the best European expert on ancient games, Ulrich Schädler, director of the Museum of Games located near Lake Geneva in Switzerland. He travelled to Slovakia and was excited about the finding.

“There has been not a playing board of similar type in Europe yet,” said Pieta for SITA. Games of this type were found in Greek and Roman temples on the floors or in the streets of ancient towns, carved into stone pavement.