One of the most prominent actors of his generation, Marián Labuda, who starred in several iconic movies and plays, died at age 73. 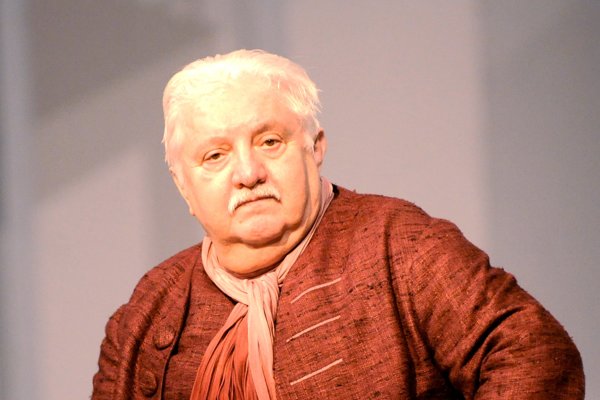 Well-known Slovak actor Marián Labuda died on January 5, 2018 at the age of 73, the TASR newswire wrote.

Born on October 28, 1944 in Hontianske Nemce (Banská Bystrica Region), Labuda worked in the Slovak National Theatre and starred in dozens of films and TV series.

One of his most memorable performances was his role in the Czechoslovak cult comedy, Vesničko Má Středisková (My Sweet Little Village, 1985, director Jiří Menzel). He also starred in Záhrada (The Garden, 1995, director Martin Šulík) – about a urban dweller who travels to the countryside to find his true calling – and the comedy based on folk mythology, Pacho Hybský Zbojník (1976, director Martin Ťapák).

Labuda also had a long series of outstanding theatre roles, with one of the most memorable being Tiso, about the World War II Slovak-state president Jozef Tiso, in the Aréna theatre in Bratislava. He also played several comedic characters in the Slovak National Theatre, the Sme daily reminded.

In the 1980s, he was one of the most in-demand actors in former Czechoslovakia and the most sought-after Slovak actor starring in Czech films.

Labuda received a number of accolades, including the Czech Lion for the best supporting actor in the Slovak movie, The Garden, in 1995; the Culture Minister Award for his extraordinary contribution towards the development of Slovak art in 2004; as well as Pribina’s cross Second Class for significant merits in culture in 2005.

Several Slovak politicians hailed not just Labuda’s acting talent but also his civic courage, saying he always spoke openly about the political twist and turns- the current situation. He also took part in the 1989 Velvet Revolution which toppled communism, even when it was not clear yet how things would evolve, TASR wrote. His speech at the Nová Scéna theatre in Bratislava, in November 1989, was memorable, one of the leaders of the Velvet Revolution, Fedor Gál, noted for Sme.

Labuda is also mourned by many Slovak and Czech actors, directors and other showbiz and cultural personalities.