Slovakia saw highest ever number of illegal migrants in 2017

Most of the cases were, however, people who did not leave after their legal stay permit expired. 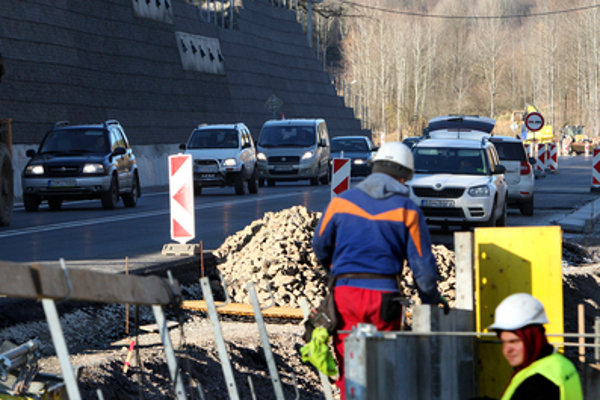 In 2017, the police recorded the highest number of illegal migrants in Slovakia since the country joined the Schengen area, Police Corps President Tibor Gašpar said on January 9, as quoted by the TASR newswire.

The number of people who maintained illegal residence on the territory of Slovakia because, for example, they failed to leave Slovakia after staying here legally, was 2,458 last year. 248 people attempted to cross the state border illegally in 2017.

The number of illegal Serbian and Ukrainian migrants increased in particular, accounting for a total of almost 75 percent of the overall number of illegal migrants in Slovakia in 2017. In view of visa liberalisation and the current conditions on the Slovak labour market, it is assumed that this number will continue to go up.

Other figures for migration show increase, as well

When looking at illegal border crossings, Vietnamese citizens made up the biggest part, the SITA newswire quoted Gašpar.

The police filed charges against 107 people for the criminal offence of human smuggling in 2017.

“The police are really interested in discovering as many such cases as possible and in being effective,” Gašpar said, according to TASR. “I’m glad that we’ve also been successful in revealing organised groups.”

Legal migration also increased by 16 percent overall to 4,027,775 people coming to Slovakia. “We recorded an increase in legal migrants from third countries as well,” Gašpar said, as quoted by SITA. “We are witnessing an employment boom on Slovak territory, with which this increase is connected,” he noted, adding that the increase in the number of legal migrants was also partially due to the liberalisation of the visa regime with the Ukraine, with Ukrainians leading the number of legal stays in Slovakia, followed by the Serbs and Russians.