The current representatives accuse the former governor of purchasing the devices for too much, but he rejects this. 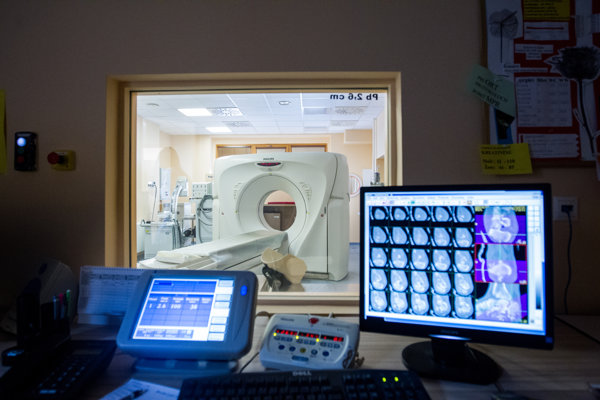 Police may soon launch the criminal prosecution of the case of computed tomography (CT) scanners purchased by the Žilina Region for hospitals in Liptovský Mikuláš and Trstená.

“The investigator received a final decision from the Public Procurement Office on January 5th,” said Police Corps President Tibor Gašpar, as quoted by the SITA newswire. “The police, specifically the National Criminal Agency (NAKA) have been dealing with the case for several months. We have been waiting particularly for this result.”

The investigator revealed 14 serious errors after reading the protocol. These will be scrutinised as part of the investigation process, Gašpar added.

Current and former leaders of the region argue

The Žilina Self-Governing Region (ŽSK) violated the law when purchasing CT devices, losing €1.5 million, under the management of its previous governor, Juraj Blanár, say its current leaders. The region will file a criminal complaint in connection with the results of the inspection.

“The inspections showed that the ŽSK, at that time headed by Juraj Blanár, chose the least advantageous offer,” said the region’s current governor, Erika Jurinová, as quoted by the TASR newswire. “It was thus confirmed that the region bought two CT devices for hospitals under maximally disadvantageous conditions.”

The hospitals could have purchased four devices for €2.9 million, instead of two, she added.

Blanár, however, has not ruled out formal mistakes, but has rejected any serious violations. He has asked experts for an analysis and opinion on the draft version of the ÚVO protocol, which he received from Jurinová on the morning of January 9th.

“Of course, I’m going to acquaint myself with the protocol,” Blanár said, as quoted by TASR. “I admit that there may have been formal mistakes, which can always arise during public procurements, but practice has showed that this wasn't the purchase of an overpriced CT scanner.”