Huba: Most people in top positions are environmentally ignorant and illiterate 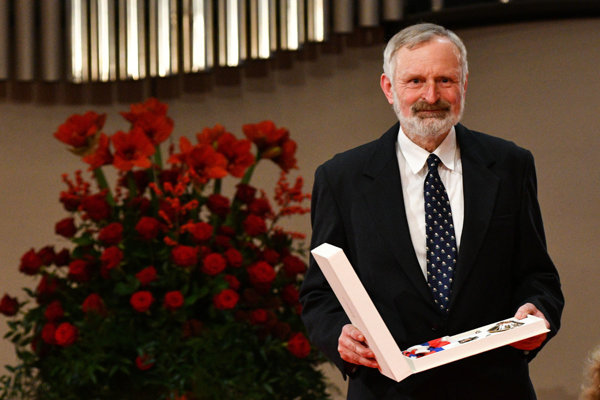 In an interview, environmentalist, former dissident, and current professor of environmental geography at the Geographical Institute of the Slovak Academy of Sciences, Mikuláš Huba, talks not only about his past dissident activities but also about changes in environmental awareness and the situation in Slovak forests.

IN the 1970s, he was a member of the Slovak Union of Protectionists of Nature and Landscape and head of the section of folk architecture. He participated in the preparation of the Podunajsko (Danube Area) national park and the Bratislava/nahlas publication. In 1990, he became an MP and was the chairman of the environmental committee. Later, he co-founded the Society for Permanently Sustainable Life with Josef Vavroušek and since 2006, he has been a professor of physical geography and geo-ecology. In 2012, he was elected as an OĽaNO (opposition party) MP. On New Year’s Day, he was awarded the Ľudovít Štúr Order 1st class by President Andrej Kiska.

Sme: In 1987, you published – with another awarded dissident, Juraj Flamik – the book Bratislava/nahlas, which was more about the environment than politics but which caused a great stir. What was the atmosphere like then?

Mikuláš Huba (MH):The atmosphere of the regime coming to its end in the former communist Czechoslovakia was tense and nervous, as the “comrades” did not know how to react to Mikhail Gorbachev’s perestroika. The environment was in a disastrous state, the polluted air – but also the soil, water and the whole food chain – it was a huge problem.

Cities were dilapidated and their historical quarters were replaced to a great extent by concrete housing estates. The state of health and life expectancy of the nation ranked us among the lowest European countries in the chart. On the other hand, there was something of a ray of hope which was connected, for the first time, with Moscow and Gorbachev. And the atmosphere in the Bratislava environmentalist movement was creative and brimming with an unbelievable variety of various activities.

Sme: Václav Havel called Bratislava/nahlas a Slovak parallel to Charter 77. When did you realise that the manifesto has a political meaning too?

MH: Many of our activities had a primarily political, or society-wide relevance, even before Bratislava/nahlas. Those in power started to perceive us as an open opposition only later, when the Voice of America – then a prominent “hate-filled imperialist broadcaster” – reported detailed information from the document. And then, the state power started to treat us accordingly.

Sme: What do you mean when you say "accordingly"?

MH: First, with Juraj Flamik, we were repeatedly investigated by the general Prosecutor’s Office, as they hoped to catch us “red-handed” with financial resources and sponsorship from the West. After it turned out that this trail was not promising for them, as we raised funds for the print ourselves and everything else was done for free, we came to the notice of the State Security (ŠtB) intelligence service. All authors were summoned at least twice. Also our employers received the instruction to make our lives hell. During our meeting, someone shot at our window and injured one of us. A life-size gallows was painted on our doors. The phones of some of us were bugged. Nasty anonymous letters started arriving. And for more than two years, (until November 89), the Damocles’ sword of political trial against us, for the “counter-state activities” and other “capital crimes” was hanging over us.