Sagan’s son may be baptised by the Pope

The Slovak cyclist is expected to meet with Pope Francis in a private audience. He will gift a bicycle. 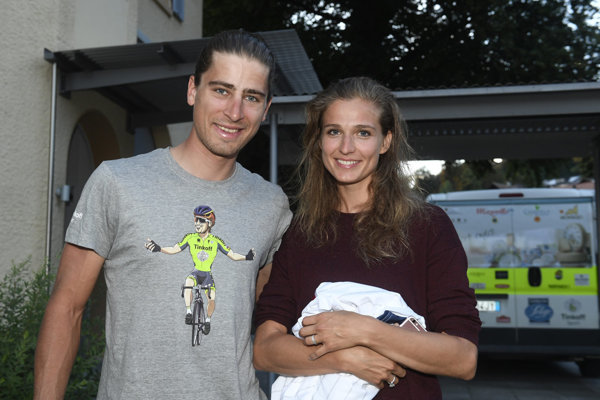 It is possible that Marlon, the son of successful Slovak cyclist Peter Sagan, may be baptised by Pope Francis, the Italian daily Gazzeta dello Sport reported.

The Slovak cyclist is currently in Australia, where he will launch his season in a few days at the Tour Down Under race. As soon as he returns to Europe, he plans to travel to the Vatican to attend a private audience with the Pope, scheduled for January 24.

Apart from his wife and his son, who was born last October, he will be accompanied by his mother and sister, the Sme daily reported.

Sagan comes from a religious family. Before races, his father makes a symbolic cross on his head.

“When Peter found out he might have a private audience with the Pope, he was excited,” Ermanno Leonardi from the company, Specialized, told Gazzeta dello Sport.

The meeting with the Pope was also arranged with the help of the sales director of Volkswagen Italia, Andrea Calcani.

At the meeting, Sagan will give the Pope a model of the bicycle he is competing with, the Specialized Venge, in Vatican colours. It will also have the Pope’s coat of arms, the Argentinean flag and the inscription “Francesco” on it, Sme reported.

Thank you for singing up. Shortly an email will be sent to the address you provided to verify your e-mail.
Error! Please try to register again later, your e-mail was not registered.
Your email is not in a correct format.
Please confirm you are not a robot.
Share on Facebook (35)