Train line between Bratislava and Rajka in Hungary a success

The line serves the large Slovak community living in Rajka 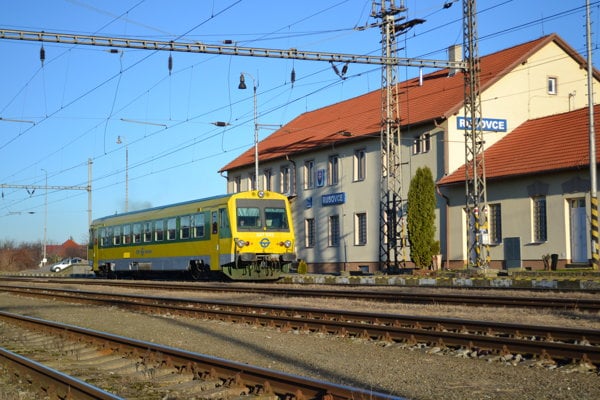 The train station in Rusovce (Source: Courtesy of the Transport Ministry)
Font size:A-|A+1

The resumed train line between Bratislava and the Hungarian village of Rajka enjoys the high interest of travellers. The usage of trains has already reached 60 percent. The Slovak Transport Ministry resumed this line after almost 10 years last December to better interconnect the neighbouring regions and strengthen Bratislava’s suburban transport.

“After one month of operation I can conclude with delight that this was the correct decision,” said Arpád Érsek, Transport Minister, as cited in the press release. “People want to travel by train and not spend their precious time, for example, in traffic jams. This is the reason why we will further support more environment-friendly rail transport and the opportunities it provides.”

Rajka is located about 25 km from Bratislava and only a few kilometres beyond the Slovak-Hungarian border. In recent years plenty of Slovaks have moved to this village. In 2015 out of the 4,500 citizens 2,500 were Slovaks.

The rail line connecting Bratislava and Rajka via Petržalka and Rusovce in Slovakia resumed on December 10. Trains are running on this line during peak hours to satisfy the exceptional interest in this kind of transport. In total there are five return trains on this line.

The line is simultaneously part of the integrated transport system of the Bratislava Region, which makes it even more attractive. Within this scheme people can travel on a single ticket on regional trains and buses as well use city public transport.

Rajka is also served by a bus line from the Bratislava Transport company (DPB). Buses from the 801 line run on the Rusovce-Rajka route each hour while during peak hours they go every 30 minutes.