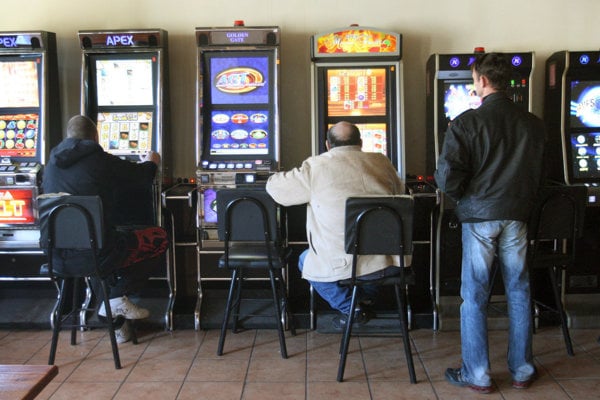 Since the beginning of 2018 there are less venues in Bratislava where people can gamble. This is thanks to the ban on gambling Bratislava’s councillors adopted last March as well as new legislation tightening conditions for gambling across Slovakia.

The Bratislava city council adopted an absolute ban on gambling in the capital on March 30. The measure came into force as of the beginning of May, 2017, while it did not mean that casinos and other gambling venues are disappearing from the city immediately. It will take until 2021, when the last license expires.

The city council estimated in 2016 the number of gambling houses, pubs and other venues where people can gamble at about 300, according to the Trend weekly. Of these 164 were gambling house and casinos. 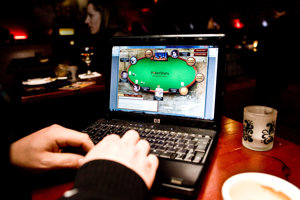 Read also:Bratislava's gambling ban will not be immediate Read more

Gambling licenses granted by the city council terminated at the end of 2017. So in the city there have remained only venues operating on licenses granted by the Finance Ministry. Those interested can still play bingo, bet on horses or sports clubs, play the lottery, or visit gambling houses and casinos. For example, the license of the Kasíno Banco in the Crowne Plaza Hotel at Hodžovo Square will terminate only in late 2021.

However, the city cannot check the adherence to either its ban or the nationwide regulation since from the start of 2018 only tax offices, customs offices and the Financial Directorate hold this power.

Ban is not definitive yet

The absolute ban on gambling in Bratislava is not yet definitive since the Regional Prosecutor’s Office Bratislava challenged it in court. It does not protest the ban itself but the way in which it was adopted.

The city councillors adopted the ban at the second attempt. The first one in February 2017 failed when not enough councillors raised their hands for it. The voting itself was initiated by a petition requiring a ban on gambling in the city signed by about 130,000 citizens.

However, the prosecutor’s office claims that a repeated vote on the same proposal based on the same petition is unlawful.

The city council sees the petition and the voting as two separate things and insists on the ban. It perceives the step by the prosecutor’s office as not respecting the decision of a majority of the city councillors as well as the will of 130,000 citizens, said Zuzana Onufer last year, the Bratislava city council’s spokesperson.

The Association of Entertainment and Gambling (AZAH) is awaiting the court decision while if this voids the ban, AZAH’s members may require damages from the city. Whether they will demand compensation and in what an amount depends on when the court decides, specified Dominika Lukáčová of AZAH.

No gambling in the pub

Since the start of 2018 in Slovakia there has been a regulation in force whose aim is to push out slot machines and similar devices from pubs, bars, restaurants and other similar venues. This regulation is part of an amendment to the law on gambling adopted in 2016 and which came into force as of January 1, 2017.

The new regulation stipulates that slot machines can be only in gambling houses. In addition, while in the past it was enough to have at least five machines in order for a venue to be classified as a gambling house, from the beginning of 2018 this number increased to a minimum of 12.

“The adopted measures have significantly tightened conditions for the provision of gambling and fundamentally reduced the number of venues with gambling,” said Radko Kuruc, state secretary of the Finance Ministry. “This has limited their availability. I simultaneously believe that these steps will lead to a decline in the number of slot machines in Slovakia.”

AZAH considers this the biggest regulatory measure in the history of gambling business in Slovakia. About one third of venues with slot machines in Slovakia were pubs, for which the new ban applies.

The association agreed with this regulation.

“Slot machines should be concentrated in venues designed for this purpose, i.e. gambling houses and casinos,” said Lukáčová.

But the association is not able to estimate the number of gambling venues that closed from the beginning of 2018. Only the following months will show whether it would be efficient for their operators to move and concentrate slot machines in order to meet the law.

“One should also realise that levies have increased as well – to €5,500 per machine annually,” said Lukáčová, adding that as of January 1, 2018, 127 venues turned off their slot machines. There have remained about 150 gambling houses which need to reorganise.