Organized by a woman, three showed up in the driver’s seat. 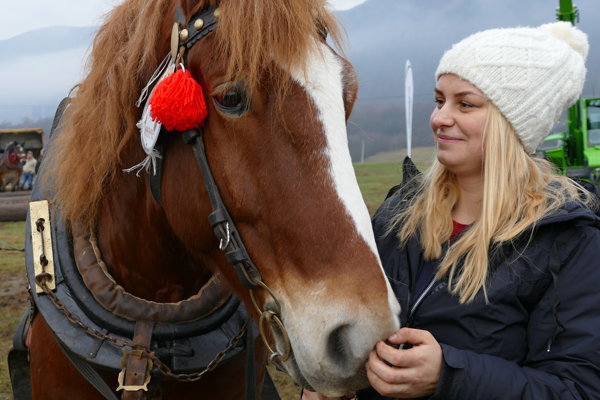 In the twelfth year of the traditional competition Kľačianska podkova (Kľačianska Horseshoe), 22 male and 3 female drivers competed in two events.

The main organizer of the competition, Lenka Mahútová, competed with competition number one.

“We are only three girls here. Starting number two belongs to Michaela Ižipová, number three is Zuzka Podhorská,” said Mahútová, as quoted by the TASR newswire.

The spring-like weather conditions do not annoy competitors or horses.

“Draymen work in every weather condition, same as horses,” added the organizer for TASR.

Michaela Ižipová got a horse as a gift from her parents when she was nine years old.

“When I was younger, I used to go to the forest together with my father,” she recalled, explaining how she began for TASR, adding that sometimes she is maybe better at competitions than men.

Competing with women is good according to local driver Ľubomír Chromec.

“Men want to show off in front of women, they are challenging competition,” Chromec said for TASR.

In the first event, the drivers and their horse teams showed skillfulness in travelling between obstacles. It is a simulation of working in the forest; the horses have to obey exact commands. The second event was “heavy pulling” that proves the ability of horses to work, explained the organizer. 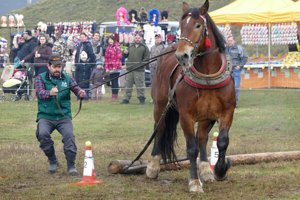 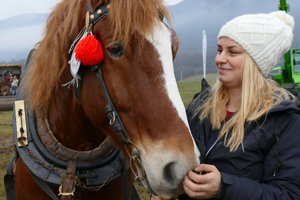 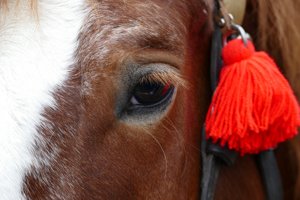