Drahoš beat Zeman, according to Czech voters living in Slovakia

Czech voters living in Slovakia voted differently than those in the Czech Republic during the Czech Presidential Election. 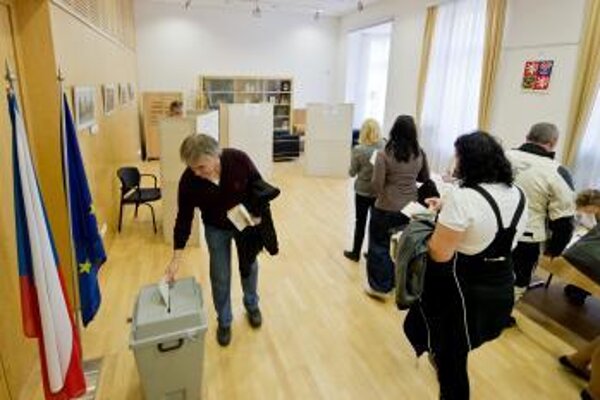 Czech citizens living in Slovakia were able to select the future president of the Czech Republic at the Czech Embassy in Bratislava, on January 12 and 13, 2018.

Pavel Sladký, deputy of Czech ambassador to Slovakia, Lívia Klausová, told the SITA newswire that a total of 419 Czech citizens came to the ballot-boxes. Unlike the results in the Czech Republic (where the incumbent, Miloš Zeman, won and Drašoš placed second), in Bratislava, Jiří Drahoš was the favorite with 194 votes.

Both Drahoš and Zeman have proceeded to the second round of voting which takes place on January 26 and 27.

Based on the presidential campaign of Zeman, it seems that with all probability, Jiří Drahoš will win the race, head of the Slovak Institute of Public Affairs (IVO), Grigorij Mesežnikov, told SITA, adding that the first round confirmed pre-election polls and their results. Both candidates have an equal chance of winning, Mesežnikov noted, adding that as for preferences, Drahoš has stronger potential because those who voted for candidates that did not make it to the second round (Pavel Fischer, Michal Horáček, Marek Hilšer and Mirek Topolánek) are inclined to opt for Drahoš. However, the continued campaign, Zeman’s absence and the issue of turnout will be crucial in determining the result, according to the political analyst.