The government proxy slammed Interior Minister Robert Kaliňák for the draft law on repressing criminality in Roma settlements, for populist discrimination and preferring repression to prevention. 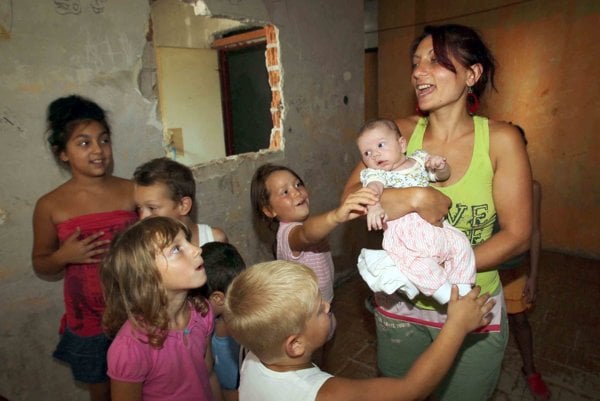 Until now, Ravasz’ office has not been part of the preparations of this bill, the proxy said, as quoted by the Sme daily. “I reject laws that divide criminals based on their ethnic minority, although this is a popular and appealing communication shortcut,” he commented. The proxy also criticised the draft for preferring repression to prevention and he warned that it may even limit human rights.

The draft bill is based on three pillars: bigger competences for police, more police stations in critical locations, mostly in southern and eastern Slovakia, and civic patrols (composed of locals), financed from the budget of the Interior Ministry, the Pravda daily wrote on January 12. 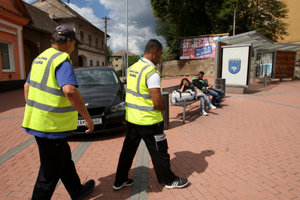 There will also be some educative and preventive activities, like centres for children to learn, gainhygiene habits, etc., and wood-processing workshops to train people from marginalised communities to work on a regular basis, according to ministry.

The preventive measures are still more scarce than the oppressive ones, Ravasz opposes.

“Each law should be prepared to apply for all citizens, not just for a specific settlement or ethnic group,” Justice Minister Lucia Žitňanská reacted on social networks, as quoted by Pravda. “Tension in society is fanned easily with various populist shortcuts and proposals, but it is very hard to calm down,” he commented on the new measures against the “bothersome criminality” presented by Kaliňák on January 11 in a Roma settlement in Krompachy.

The proxy for Roma met with President Andrej Kiska on January 15. They discussed the issue and after the meeting, Kiska appreciated Ravasz’ efforts of implementing systemic solutions aimed at educating the young generation of Roma, removing illegal settlements and work at the community level. On the other hand, he critically evaluated, as quoted by the SITA newswire, the endeavour for repression against Roma, without real determination of tackling the issue and understanding criminality as a result of life in poor conditions, poverty and without education. Kiska summed up that he expected constructive measures aimed, for example, at enabling necessary education for Roma and offering them opportunities beneficial to them and the whole country.

The President also invited representatives of the office of Government Proxy for Roma Communities to the debate on Roma and their inclusion in society, organised by him on January 25 in Prešov. This is the first in a series of activities that should point to the importance of solving this issue.