After Slovak Roma proxy and Justice Minister expressed worries and dissatisfaction with the draft bill on suppressing criminality in Roma settlements by Interior Minister Robert Kaliňák, the European Roma Rights Centre (ERRC) is taking the ministry to court over discrimination. 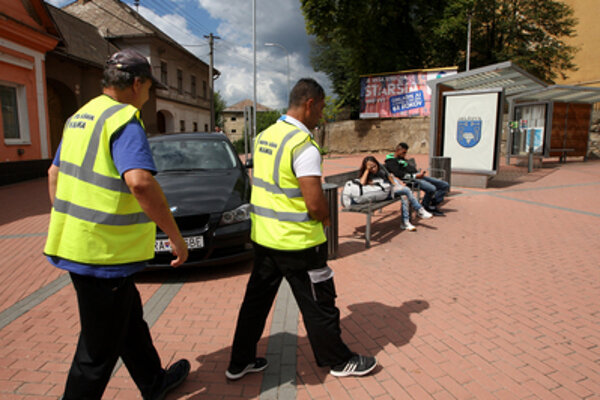 The European Roma Rights Centre (ERRC) is taking the Slovak Interior Ministry to court over discriminatory policing relating to Roma, the centre reported on its website. The ERRC has been collecting evidence of discriminatory practices against Roma in recent years by police, including ethnic profiling and Roma-targeted police raids.

Most recently, Minister Robert Kaliňák has also announced a new law to collect statistics on “Roma crime” and increase police powers, the website reads, adding that the ERRC finds this announcement to be further evidence for the institutional racism present in the ministry.

The legislation announced on January 11 could easily be misused to persecute already marginalised communities, and is based on racist stereotypes and inaccurate conclusions drawn from data collected by the Ministry last year, which the ERRC refuted.

The case, based on evidence of police targeting Roma communities under Code-Action 100 interventions, as well as plans to increase police units in areas with large Roma populations, will be heard before the Bratislava I District Court.

Kaliňák's statistics do not add up

Statistics are necessary, according to Kaliňák, but the ERRC point out that the figures are not accurate and do not add up. The centre claims that according to the government’s own data, there is no strong correlation between a high percentage of Roma in a municipality and increased crime rate.

The ERRC also challenges the search-focused police interventions termed Code-Action 100, deemed to be carried out overwhelmingly in areas with a high percentage of socially excluded Roma and frequently involving police entering the homes of Roma and using excessive force against them, claiming that they are searching for persons or objects.

“There is a definite prejudice existing in elements of the Slovak police force against Roma people. Connecting crime with someone’s ethnicity is absurd,” ERRC President Đorđe Jovanović said. “There is also strong evidence for institutional racism in the Interior Ministry. They are specifically targeting Roma areas, first with discriminatory policing, then disproportionate increases in police numbers, and now with this new anti-Roma law. Legal action is the only way to show these people that the targeting of Roma communities is illegal.” 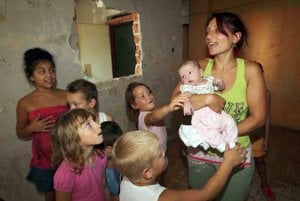 Beginning this week, Government Proxy for Roma Communities Ábel Ravasz, his predecessor Peter Pollák and Justice Minister Lucia Žitňanská all expressed reservations concerning the planned legislation announced shortly before by Kaliňák and Police President Tibot Gašpar. Prevention should take priority instead of repression, Ravasz argues, while Žitňanská notes that each and every law should apply to all citizens, and not just a specific ethnic group.