Slovakia: The biggest challenge of the OSCE presidency is to find consensus and dialogue

Inclusion, transparency and cooperation are the three main requirements to implement dialogue, which have become the main characteristics of Slovakia’s presidency of the OSCE Forum for Security Cooperation (FSC). 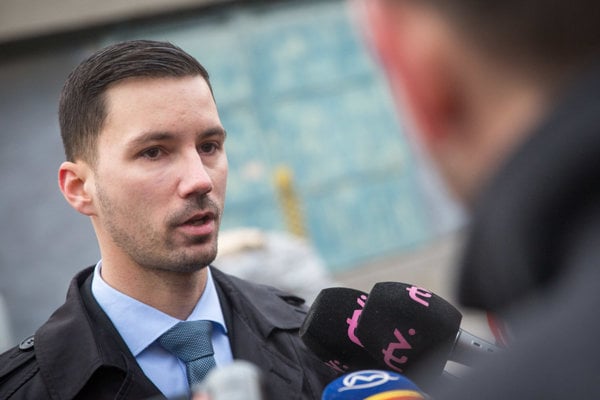 Slovakia begins its presidency of the OSCE Forum for Security Cooperation in January 2018. The country’s term will focus on inclusion, transparency and cooperation, Slovak Foreign Affairs State Secretary Lukáš Parízek said at this year’s first FSC meeting in Vienna on January 17.

“This is an organisation which deals with security and security challenges,” Parízek said about the Forum, adding that if a conflict or misunderstanding between member states occurs, it is most important to communicate and talk. That’s why we have had this session here today, so that we can assure all member states that we want to continue cooperation and dialogue and try to smooth possible frictions in places where a potential conflict or misunderstanding may occur,” he said, as quoted by the TASR newswire.

Slovakia's priorities for the OSCE

In his speech, Parízek also unveiled the priorities for the Slovak Presidency of the FSC, which the country is holding between January and April. Slovakia wants to continue with the ongoing FSC activities modernising the 1999 Vienna document – a key agreement between the OSCE member states intending to implement confidence and security building measures. Other topics include support for implementing projects involving light and hand weapons, stockpiles of conventional ammunition, international efforts to combat the illegal proliferation of weapons of mass destruction as well as regional cooperation on military issues.

The FSC Presidency is held for four months and is based on a rotation principle. Slovakia is presiding over the institution for the first time, TASR wrote on the same day. Apart from the initial and concluding meeting, it will also hold six roundtables. It took over the presidency from Serbia and in April it will hand it over to Slovenia.

Established at the Helsinki Summit in 1992, the FSC is the key decision-making body of the Organisation for Security and Cooperation in Europe (OSCE) in the politico-military area. It holds sessions every week in Vienna. The forum serves as a platform for negotiating and consulting on the military security, stability and current security challenges for the OSCE-member states.

Slovakia is also set to preside over the OSCE itself for one year as of January 2019.