Press freedom is bleeding across our borders

Critical media are always the first targets of populists and press freedom enemies. 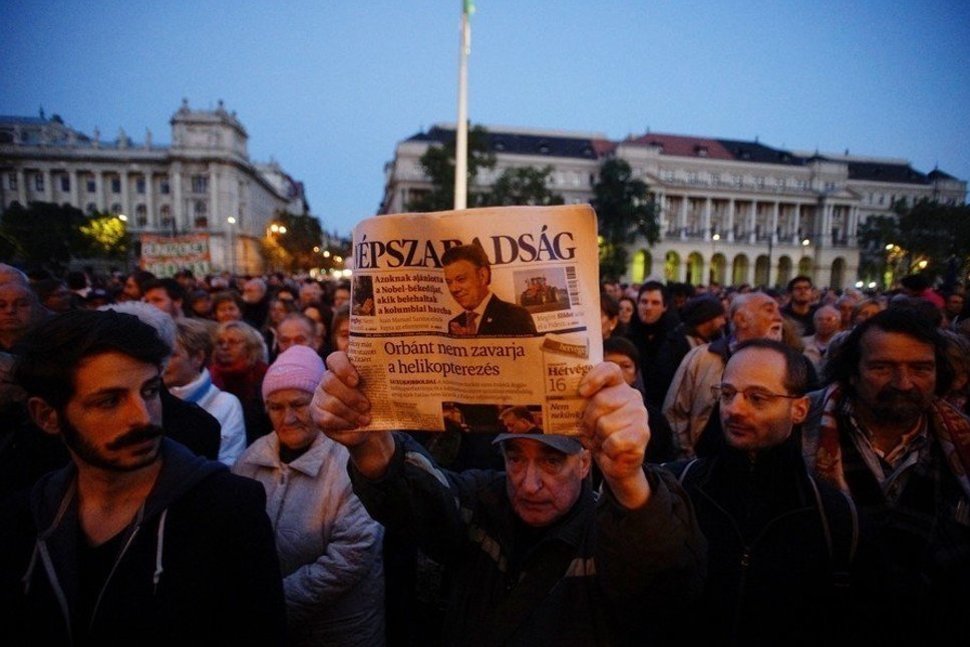 Last year, three Polish journalists visited the Sme daily. They said they wanted to explain the real state of affairs, because organisations expressing concerns about media freedom in their country have the wrong information.

They said they knew whom the International Press Institute (IPI) was talking to, as well as all the press freedom watchdogs who then shouted that Poland is heading down a perilous path. They said they were speaking to the wrong people.

They defended the steps of their government, suggesting that Polish leaders only wanted to cleanse the environment. That is what previous governments did too, they said, but at the time those benefiting from such an approach were the ones who are now loudly complaining. They continued their trip on to other European cities. Later, in Warsaw, I am told that the group received a government grant to make the trip.

When I discuss this with the major Hungarian media analysts, he responds cynically: the Hungarian government must have inspired them.

In recent years, not only public-service media turned into governmental PR departments, but with the help of oligarchs nourished by Viktor Orbán several big private media as well.

Populists with autocratic tendencies do not ignore people. Quite the contrary. They systematically and carefully monitor what the masses think. They order detailed polls on how people react to crises: what angers them, what frightens them, how they would react to fees in ambulances or to closed shops. They need to know what frustrates people, because they need the emotions of the masses to fuel their power steamroller, until it runs full force.

And they react against collective frustrations, offering immediate solutions for artificial crises that never really arose. Like refugees in some countries.

They also need these emotions at their peak, so that people feel threatened. So that voters feel they need the strong hand of the government along with stability. 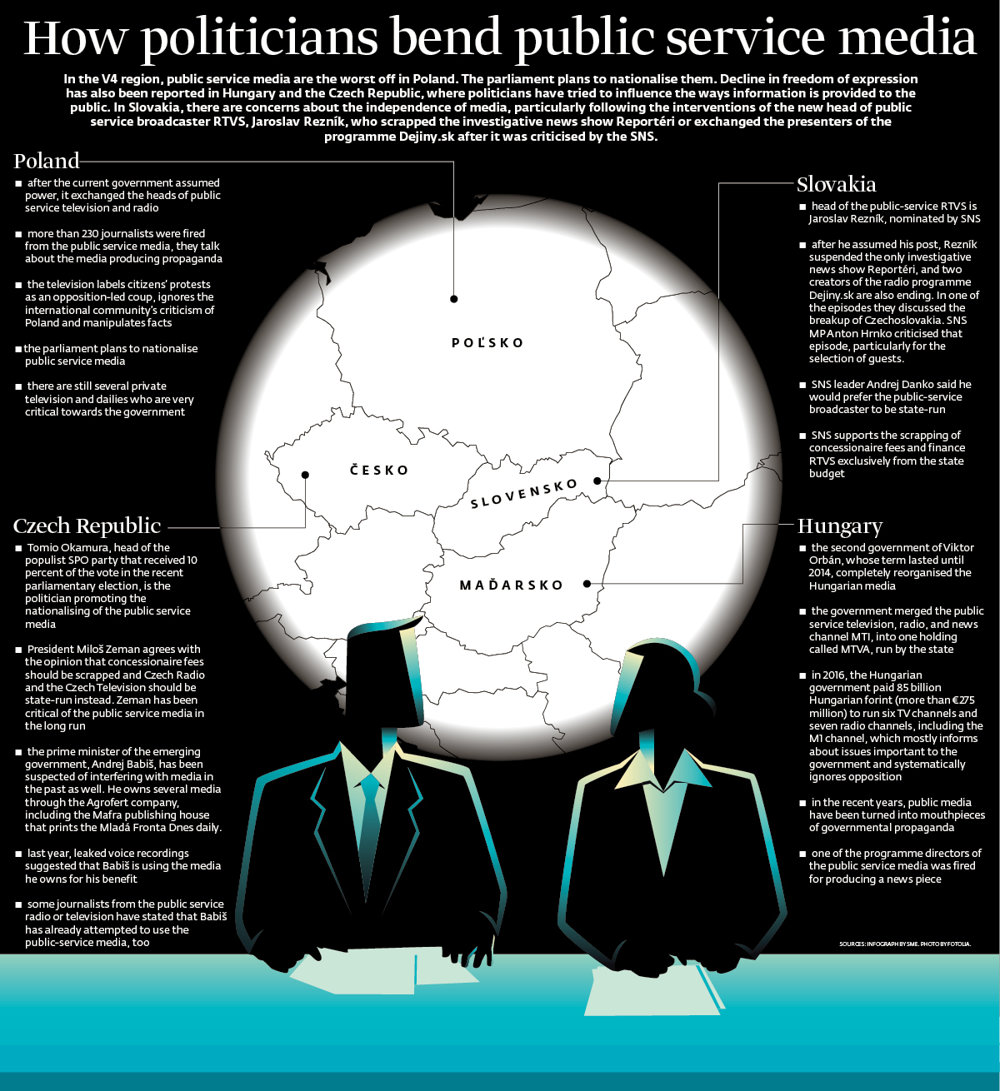 Under simulated threats, they would be willing to sacrifice some of their freedom on the altar of that stability. To do this, they need loyal media that systematically disseminates news about George Soros attempting to turn Hungary into one big dormitory for Muslims and destroy the Hungarian identity in the process.

One of the things that might break their neck if a significant part of the people understand how very corrupted they are and their whole machinery of power has been built to feed the ruling power and its oligarchic family.

That is why critical journalism and investigative reporting annoys them so much, and why it is so very important for the citizens. It remains the only public control of power.

They learned to simulate plurality

That is why autocrats, populists, and oligarchic groups attack the critical media first, the media still able to address wider groups of citizens.

They only deal with small projects serving opinion bubbles if they start growing stronger. At the same time, they often use the number of existing media as an argument for press freedom advocates who complain there is no plurality.

What do you want, we have got hundreds of media here, nobody prevents them from doing anything. But in the environment that populists have deformed, the future of the media remains unclear.

New-age autocrats have learned to use the background of democracy to make their show trustworthy for the masses. But behind the background, the last remaining pieces of plurality are rotting.

IPI has conducted a number of anonymous interviews with leading Hungarian journalists, many of whom suggested that the functioning of the media controlled by the government or by Orbán’s oligarchs is systematically coordinated.

Media managers in the service of those who attempt to gain absolute control are able to make content production so effective that it only requires a minimum amount of authors. For instance they nationalise the newswire receiving clear instructions on what, when, and how much should be covered. What issues may be covered aside from those that must be covered, and when the least important issues are to be covered the most. All the rest is just a matter of well-organised distribution.

All media can subscribe to the content of the Hungarian state agency free of charge. Why would the media, fully dependent on state advertising orders, refuse such an offer? Why should Internet projects, TV stations, regional newspapers write their own stories and risk interpretation that will turn them into enemies of the state? The right content can be produced centrally. By the way, such a system of central distribution and effective news organisation also pleases some oligarchs who buy media to strengthen their business and power positions.

This system, where the “production” of news acceptable for the state is simplified as much as possible, does not need to ban anything. This machinery, built by Orbán for years, works in the way that it deletes the persons with critical opinion of the government, out of the system. Those can continue writing their critical stories, but their texts will only hardly make it to the critical mass of readers in the “new media setup”. It is a complicated, but very effective conglomerate of state news service, paid for by citizens.

State advertising, which obviously involves money from the befriended oligarchs, only goes to the obedient media and the media market is thus completely deformed for another decade.

The Hungarian government insists on referring to state-run television and radio as public service, but it no longer has anything to do with public service.

If the audience sees and hears the same news from all the state-run channels, they find it easier to believe them, when all the media say it. Moreover, a citizen is not concerned about corruption scandals in which no laws have been violated, as some state bodies often would declare.

What is wrong with that, the media autocrat asks? Citizens will finally learn about all the things the government has been doing for them. Critical media never write positive things about the government, after all. They argue about plurality, saying they did not ban anybody from anything. They do not send critical journalists to jail. Perhaps to the labour office instead.

During the broadcasts of the Olympic Games on the Hungarian state-run channel, the sports broadcasts would often be interrupted with news twisted by the state propaganda. Such news is always delivered at times when they resonate with the citizen the most. The private channel RTL Klub remains the only big television channel in Hungary that broadcasts critical news service on a daily basis. That is why the state wants to financially drain it, and why it faces various attacks.

This is not a paranoid Orwellian fiction

These sentences are not a media utopia, it is the reality of our southern neighbours. It is part of the process in which the nation gradually loses its democracy, from the inside, not due to some attack by an enemy from outside. It even loses it in a democratic way, for instance with the change of the election laws and the subsequent election.

Media are a sensitive indicator of the state of freedom in the country, and at the same time the co-create it. That is why journalists react so sensitively to the changes in the Slovak public-service RTVS, or to politicians’ statements betraying the desire to have this institution under control. That is why they are alert when they see the changes in their own ownership structure, because their work is not the work of some closed professional community. Each change that affects press freedom, inevitably affects the reader.

The sad part of this story is also the choices that some Western European media investors made when they were selling the media they had owned in the Visegrad region for many years. The argument that they did not know who the new owners were does not hold. They did know.

The critical media remaining in the region, their owners and the journalists working for them, bear immense responsibility, each playing their part in the story: journalists must put enormous efforts into preserving their own integrity and carrying out trustworthy and honest journalism, because others have already created their structures to deform the reality.