Reportéri TV show should reappear in the autumn schedule

The only remaining investigative TV show, scrapped recently by the head of the public-service TV broadcaster, is to reappear in the autumn after wide media coverage and hefty criticism of its removal. 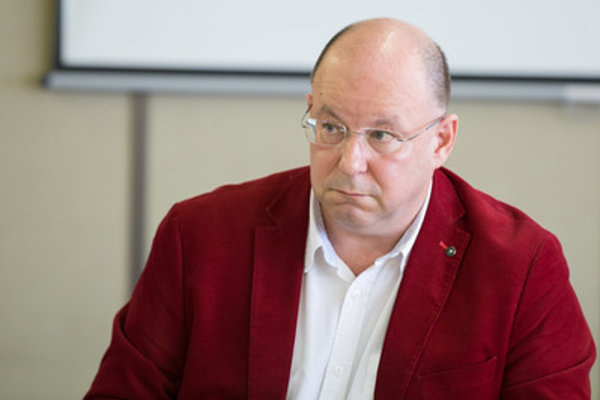 Reportéri / Reporters, the investigative TV programme, should reappear in the autumn schedule of the public service Radio and Television Slovakia (RTVS) network, as of September 15, RTVS head Jaroslav Rezník (nominee of the coalition partner, SNS) promised at the RTVS Council meeting on January 18, after wide media coverage and a vivid response from journalistic bodies, including foreign ones.

At the meeting, he declared that Reportéri will be missing from the RTVS’ schedule only temporarily. “We don’t want to scrap the programme, but rather intend to improve it,” Rezník stressed as quoted by the TASR newswire, adding that in the upcoming period, work will go into a new format that should match the requirements a programme of this kind should meet in terms of topics, and how they are dealt with.

Members of the RTVS supervisory body acknowledged this information and asked the RTVS general director to inform them at each Council meeting on the progress made in preparations for a new-look Reportéri, which in their opinion definitely should be included in the broadcasting of public-service television.

The RTVS general director argued that the reason for the programme’s temporary withdrawal from the RTVS schedule is its current format, which “has almost completely lost its investigative character”. The programme no longer reflects on serious society-wide issues and has been devoted to civic journalism instead, thus overlapping with the programme “Citizen at the Door” in style.

The temporary inclusion of Reportéri’s editorial staff among those working on Citizen at the Door should also be beneficial, as the higher number of journalists involved in creating the programme should reflect an increase in quality, Rezník explained and added that Reportéri will be given a spot that has an average viewer rating reaching as high as 300,000.

Read also:End of investigative show a cause for concern Read more

Council members should not learn about decisions like the one made by the RTVS management in connection with Reportéri from the media, said RTVS Council chairman Igor Gallo for TASR. He said that he has agreed with the RTVS general director that the latter will inform the Council about such issues “in real time”.

The RTVS Council meeting was held with the Reportéri journalists in attendance – but they did not get a voice and left during the process, the Sme daily wrote.

Rezník’s step was criticised by Culture Minister Marek Maďarič (of the ruling Smer party) and annoyance and nerves could be felt also in the RTVS lobbies, among reporters of the TV’s newscast.

Future moves by the public-service broadcaster

Host of Reportéri, Pavol Fejér, has already said that he would not accept Rezník’s offer to work with the Citizen at the Door show and would rather leave the RTVS, Sme wrote. Reportéri was recently criticised by Matica Slovenská, a cultural revival institution led by the SNS – which also appointed Rezník to lead the RTVS.

Moreover, Rezník also sacked the team of the Dejiny.sk show on Radio Regina: Robert Kotian and Peter Turčík will no longer be producing it from February. Over Christmas, they hosted an edition of Dejiny.sk about how post-1989-revolution Czechoslovakia was split, which was slammed on social media by SNS MP Anton Hrnko. He criticised the show for inviting only those guests who were of the opinion that the split should have been preceded by a referendum, Sme reported.