At the Special Prosecutor’s Office, cases of racist attacks dominate

The most frequent crimes in extremism involved promoting groups that aim to suppress fundamental rights and freedoms. 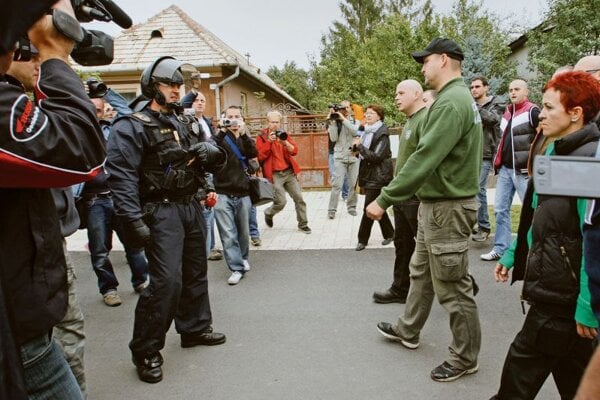 “Four persons were charged in extremism and racism-relate cases, while the prosecutor reached a plea bargain with nine people, and eleven people were convicted,” Special Prosecutor’s Office (ÚŠP) spokesperson, Jana Tökölyová, said as quoted by the SITA newswire.

The most frequent crimes in extremism involved promoting groups that aim to suppress fundamental rights and freedoms (62 cases). People were charged for wearing fascist symbols in public, presenting fascist symbols on social networks, or having publicly visible tattoos with extremist symbols, ÚŠP reported on January 19.

“Over the past year, attacks with a clear racist motif committed by right-wing radicals prevailed,” Tökölyová also said, as cited by the Sme daily. “Hate crimes, i.e. crimes committed with a distinctive motive of hate towards groups protected by law – be it physical attacks (bodily harm) or verbal attacks (breach of the peace).”

Special department set up to crack down on extremist crimes

In response to the rise of crimes related to extremism, the Extremist Crimes Department was set up within the Special Prosecutor’s Office in December 2017 based on the cabinet’s decision.

“We will target defamation, hateful expressions and threats made to various affected groups (impaired Roma, Jewish community, etc.) regardless of which social group the perpetrators come from,” the spokesperson added. “In this way, charges were brought – among others – also against three MPs (identified as M. K., S. M., M. M.); while against M. M., the charge has already been filed by the Specialised Criminal Court.”