Kiska: Only president can bestow awards

President Andrej Kiska turned to Constitutional Court over the law on state awards recently passed by the government. 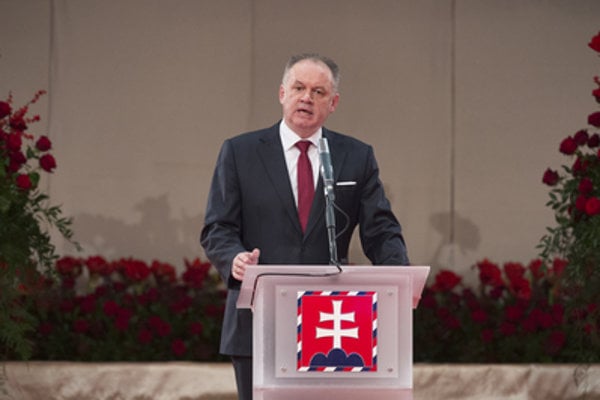 “The Slovak Constitution stipulates that the president is the sole constitutional authority that awards prizes unless he delegates this power to another authority,” Henrieta Hajtová from the President’s Office told the SITA newswire. “From this exclusive authority of the head of state, it is clear that without the president’s authorisation, it is impossible for another constitutional body of the Slovak Republic to award prizes or formal and content-equivalent awards for which state prizes should be considered.”

The president did not delegate the power to award state prizes to any other public authority, she added on January 20.

The parliament recently green-lighted a legislation that would allow the Jozef Miloslav Hurban State Award and Alexander Dubček State Award to be bestowed by the government and speaker of parliament. Slovak President Andrej Kiska rejected the bill, but the parliament overrode his veto.

“By approving the State Award Act, the parliament disrupted the exclusive constitutional powers of the president, and thus undermined his standing with respect to granting awards despite the fact that the Constitution specifies “state awards” should be bestowed exclusively by the president, provided that he or she doesn’t delegate the authority to another body,” Hajtová concluded, as quoted by the TASR newswire.

The latest developments arise from disagreements between the government and president Kiska on the latter’s choices of some laureates who were decorated with state awards – especially those who were against the establishment of the independent Slovak state, Fico argues.