The Education Ministry to restore the analytical institute

The institute that is part of the Value for Money initiative was merged with another body at the beginning of the year. 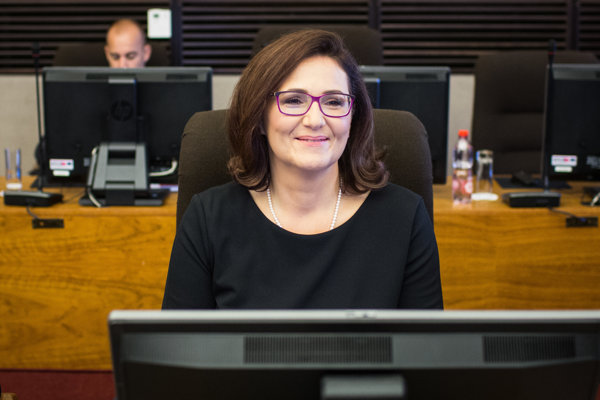 The Education Ministry plans to restore the strengthened Institute of Education Policy (IVP), the analytical body cancelled at the beginning of the year without any discussion. The move has been criticised by both the opposition, representatives of education organisations, and observers.

The team of analysts moved into the Lifelong Education Department was only temporary, Education Minister Martina Lubyová (nominee of the Slovak National Party) said.

“We made only an organisational change that had to be done also because we had a certain target number,” Lubyová said during the talk show broadcast by private station Radio Expres, adding that they had to reduce the number of employees by 14.

She expects to receive subsidies from EU funds in the following weeks, which will enable the ministry to create six new jobs at IVP.

“The department that had to be temporarily merged will be separated again,” Lubyová told Radio Expres, adding that this may take two to three months. “The trivial names are not very important.”

She also refuted the claims that with the changes they wanted to get rid of former IVP head Matej Šiškovič.

The main job of the analysts is to evaluate the ministry’s steps, using the Value for Money system, Lubyová added.