African swine fever is spreading over EU countries at a time when Slovakia is battling the overpopulation of wild boars. 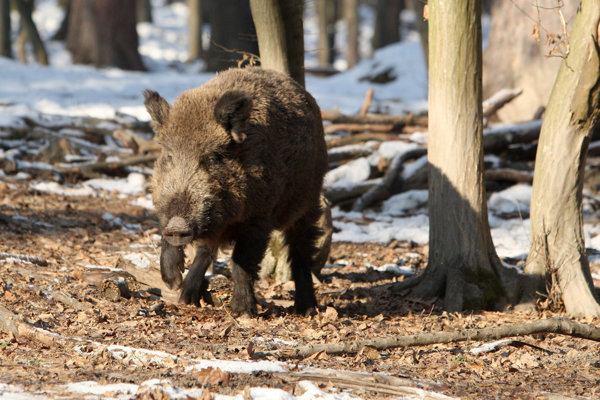 It causes drowsiness, apathy, bleeding, miscarriages and generally ends in death. African swine fever (ASF) has so far been considered an exotic disease, but after it was discovered in Ukraine and surprisingly in the Czech Republic, the Slovak authorities have started dealing with it.

Not only is ASF being monitored close to Slovak borders but authorities have noticed the overpopulation of wild boars that can transfer it. This means that once one of Slovak wild boars gets it the virus could spread further very quickly.

People cannot be infected but the virus can cause major economic damages in connection to farm animals. In addition to the direct contact of a diseased animal with a healthy one, the disease can also be transmitted through infected food, blood-sucking insects or human clothing. Avaccine has not been developed yet.

As a response to the threat the Ministry of Agriculture has granted an unlimited hunting license for wild boars from January, 10 hoping that it will reduce their numbers and prevent the spread of infection.

The hunted animal is among the official users of the hunting region and they can do with it as they please, including selling to meat vendors.

Mass hunting could theoretically affect wild meat prices, according to the Agriculture Ministry.

“There are fears that hunters will not have enough customers for the wild meat, which can ultimately affect the intensity of hunting,” Zuzana Peiger Ačjáková, spokeswoman for the ministry told The Slovak Spectator.

Where the flu came from

This disease primarily spread in sub-Saharan Africa. Poland noticed the first animal infected by the flu in 2014, becoming the first affected EU country. Subsequently people noticed the ASF in the Baltic countries, Romania and Ukraine.

In the Czech Republic, wild boars were infected in the district of Zlín in summer 2016. The government subsequently placed fences on 32 kilometres of roads to prevent the wild boars from migrating. It also offered hunters remuneration for each wild boar hunted down and handed over to authorities.