Pope did not christen Sagan’s son

But the Slovak cycling champion gave him a special bike and a rainbow jersey. 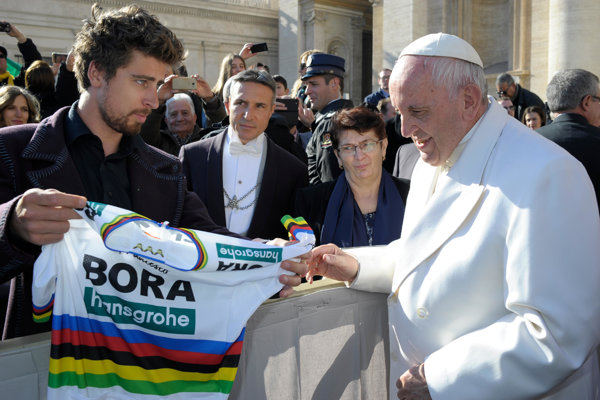 Only few days after Slovak road cyclist and world champion Peter Sagan returned to Europe from the Tour Down Under race in Australia, he left for Vatican to meet with Pope Francis.

He attended the general audience held in St Peter’s Square in the Vatican on January 24, together with his wife Katarína, son Marlon and his parents.

There had been a rumour that Sagan would ask Pope Francis to christen his son, but the Slovak racer later denied this, the Sme daily reported. 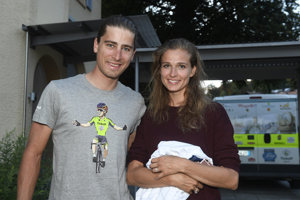 Read also:Sagan’s son may be baptised by the Pope Read more

During a short meeting, Sagan gave the Pope a special bike in Vatican colours. It also has the Pope’s coat of arms, the Argentinean flag and the inscription “Francesco” on it. He also gave him a rainbow jersey worn by the road cycling champion, Sme reported.

The meeting with the Pope was arranged by Andrea Calcagni, the sales director of Volkswagen Italia.