Apart from prison sentences, the persons charged in the case will have to pay financial compensation. 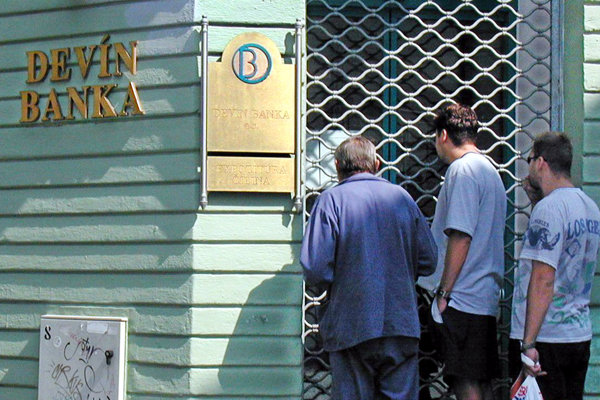 Two former insolvency administrators of Devín Banka, Pavol Görner and Marek Hanúsek, will both serve two years conditionally in prison. This stems from the valid ruling issued by the Supreme Court on January 23.

Moreover, the court ordered a five-year probationary period for the men, the TASR newswire reported.

The Supreme Court was deciding on nine appeals submitted by the accused in the case of Devín Banka’s embezzlement, in which the Specialised Criminal Court in Pezinok issued conditional sentences in 2016.

The court acquitted the three charged people on January 23, while it issued new sentences for Görner and Hanúsek (though at the original length) and dismissed the appeals in the remaining cases. The accused also have to pay a compensation of more than €1.161 million to the bank for the damage, TASR reported.

In this complicated case, the prosecutor originally pressed charges for the crimes of embezzlement, money laundering and violating duties when administering someone else’s property. The prosecutor also blamed them for signing agreements disadvantageous for Devín Banka, which resulted in its loss of dozens of millions of Slovak crowns.

The accused have been denying the accusation. Moreover, they were pointing to several procedural mistakes of the courts and the fact that the prosecution took 16 years, TASR reported.