The police have launched a criminal investigation due to public endangerment. 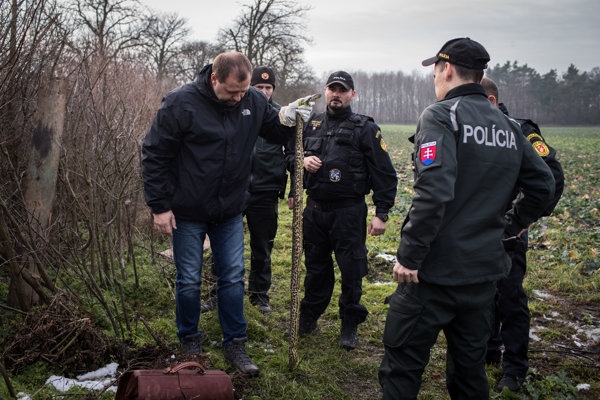 A nearly two-metre long yellow anaconda, originally from South America, was found near a pool close to Stupava, just outside Bratislava.

“It was already dead,” said photographer Tomáš Hulík, who found the animal during a walk on January 23 and later published the pictures on his Facebook profile, as quoted by the Sme daily. He opines that some irresponsible owner got rid of it and it simply died. “It looked alive in the position I found it.”

He later moved the snake and covered the body with wooden boards so it would not scare other people.

“We found another deadly snake about a month and a half ago, but this one was much smaller,” said Michal Černák of the Stupava municipal police to Sme. At the time, they did not find the owner since the snake did not have any chip.

The police meanwhile launched a criminal investigation for public endangerment against an unknown perpetrator.

The snake will now be dissected. In case it died of a disease, the investigation may be extended by the crime of spreading infectious diseases, Sme reported. 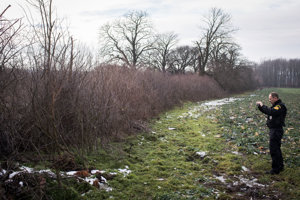 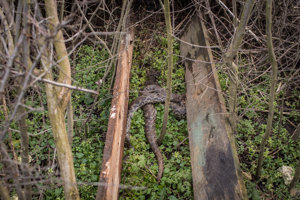 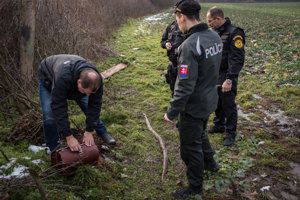 The vet who arrived at the place did not find any chip in the dead anaconda either.

“This means it probably comes from some illegal breed,” said vet Radoslav Rigler, as quoted by Sme.

Even if the snake does not belong among the most protected animals, its owner needs to have a species card and in case of scrutiny he/she needs to explain how he/she obtained the snake, Rigler added.

Though a yellow anaconda is not poisonous, adult species can be as long as three metres. They have a reputation for being unpredictable and since they strangle their prey, they might be dangerous to humans.

As a result, every such animal needs to be have a chip and registered. The environmental department in Malacky, however, has no information about such an animal on its territory, Sme reported.