The second round of the Czech presidential election has been characterized by manipulated information and hoaxes. 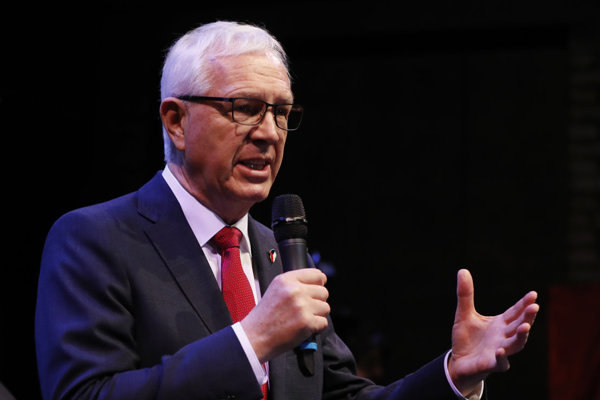 We can be proud of Zeman, a Czech living in Paris claims. The number of Muslims in France has been growing, and a civil war is looming, he adds. From the West, the reflection of cowardice and degeneration is coming. The warning sign on Facebook is accompanied by a photo of mass Muslim prayer in a street.

In the Czech election campaign, attacks through hoaxes and manipulated information continue. These stories focus on the threat of immigrants and Muslims. They also depict one of the candidates, academic Jiří Drahoš, as “welcoming” to immigrants, the Sme daily wrote on January 23.

The Facebook site Zprávy.cz showed off a copybook example of manipulation when it supported its status with a photo several years old, which does not depict the current reality.

An old photo with something different

The text quotes a Czech living in Paris, Martin Janeček, who gave an interview to the Parlamentní Listy website. It includes a photograph of Muslims praying in large numbers in a street. However, this photo is from 2010, the Manipulatori.cz website notes. The photo was taken when Paris Muslims protested against the abolishing of the mosque in the Clichy-la-Garrenne borough of the French capital. They opted for prayer in the street as a form of protest but French authorities banned it even then.

The Paris office had the power to close the mosque, as it was a city building and authorities decided to transform it into a library.

The photo itself is authentic but the Zprávy.cz website, known in the past as We Are Here at Home, used it in a manipulative context. Despite this, the status received 3,866 Shares, 1,700 Likes and hundreds of comments on Facebook.

Apart from the photograph, a very distorted quote of ex-Czechoslovak and ex-Czech president, Václav Havel, spread across Facebook. “I would be unhappy if some meritorious professor of Egyptology became president – only because he has never bothered or annoyed anyone.” Havel allegedly said this in 1997, and within the campaign, the “alternative media” Skrytá Pravda spread it on Facebook.

Havel’s alleged statement is meant to discredit Jiří Drahoš who is a professional academic and respected scientist. However, Havel never said this. Manipulatori.cz writes that this distorted quote has been spread in Czech politics since at least 2003 when (ex-prime minister) Mirek Topolánek used it. The true and undistorted original of Havel’s statement dates back to 1998. In his statement, Havel gibbeted the politics surrounding the presidential election at a time when the Czech president was still elected by national parliament.

“The future president will either be a product of some powerful party – a product so strong that this party will even procure support from others and receive approval from parliament,” the original quote reads. “Or he will be a neutral old professor of Egyptology, speaking 15 languages and a man so harmless to be electable by everyone – but also a man without political personality, maybe of a great human personality but without political authority, without political weight. I consider both options bad but I fear that one of them will become reality after I leave.”

Spreading distorted statements is a popular genre of “alternative” news.