The first year of representative screenings of Slovak cinematography brings the crème de la crème of feature movies, documentaries and children’s films, as well as short films by students and animated movies to two US cities. 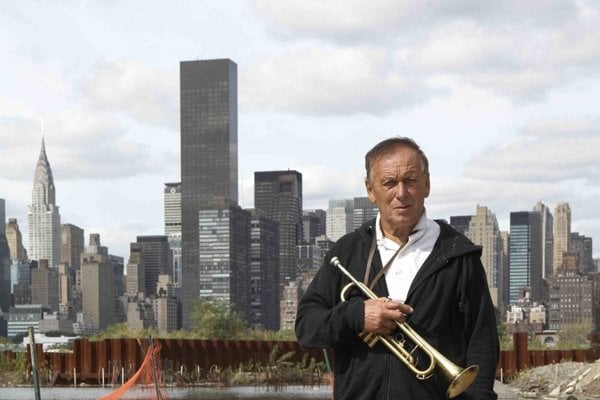 Steam on the River, a documentqary by R. Kirchhoff and F. Remunda (Source: Courtesy of SFÚ)
Font size:A-|A+10

The Slovak Film Harvest 2018 festival, offering recent works of Slovak (and Slovak co-production) cinematography, has brought the most visited and internationally most successful films to New York City and Washington, D.C. from January 24 to 28, under the patronage of Slovak Ambassador to the US, Peter Kmec, and Consul General Ladislava Begeç. On January 26, the Slovak film evening took place in Washington, D.C., the SITA newswire wrote.

From among documentaries, Steam on the River (2015, Robert Kirchhoff and Filip Remunda), IMT Smile & Lúčnica: Made in Slovakia (2016, Paľo Janík), Richard Mueller: Unknown (2016, Miro Remo), When Land Is Looking for Its Heaven (2016, Erik Praus) and Okhwan’s Mission Impossible (2016, Marek Mackovič) were on offer.

For children, feature film fairytales and animated cartoons ´were included, while short animated and student films completed the image of Slovak cinematography.

The film festival opened on January 25 in the Bohemian National Hall in New York City, also marking the 25 th anniversary of independent Slovakia. On the 26th, a festive screening of The Line and The Last Bus in the Slovak Embassy in Washington, D.C. commemorated the date as well.

Part of the festival has been also a special meeting for professionals, Filming in Slovakia (on January 24), in Astoria SoundWorks Studios, NYC, according to SITA.